Following up an album the caliber of Not All The Beautiful Things is never easy but today What So Not unveiled his first release of 2019 which just so happens to be the first since his debut album back in March.

Connecting with rising artist Herizen, who he connected with at a writing camp in Nicaragua, for yet another captivating tune to add to his already impressive discography.

“On the first take, Herizen belted out the chorus over some chords I was playing. We caught a moment and ran with it,” said What So Not of the collaboration. “I’d been listening to a lot of Dilla, did some simple drum programming and played in textures and riffs on a Nord. As the song developed I retained that feel, keeping the production light & lush centering the song around the beautiful & haunting vocal.”

“We Can Be Friends” serves as a majestic masterpiece where Herizen tells a tale inviting listeners on a true musical journey which is sure to be an immediate fan favorite for those who are familiar with the Australian’s production.

Stream What So Not’s new single below.

HerizenMusicWhat So Not
0
Author Brian Bonavoglia 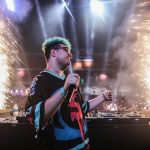 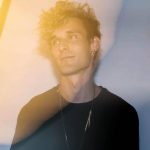