The bass house pioneer showcases his production prowess with a high-octane audio assault taking listeners on a rollercoaster ride of a listening experience featuring melancholic piano and strings alongside striking vocals.

“I’m Gone” comes with a backstory as intense as its aesthetic. JOYRYDE explains, “‘I’m Gone’ is a song that I’ll cherish my entire life. I started it while recovering from back surgery on maximum strength opioid pills. Some parts I don’t remember writing. On those days, I realized what it was like to feel my mental health slipping,” JOYRYDE explains.

“I’m grateful to have music and JOYRYDE in my life because that’s what pulled me back into the strongest version of myself I’ve ever been. When I saw the light at the end of the recovery, it forced the rest of the album out of me. I’ve never been more attached to something that wasn’t alive.” The single certainly plays to the inner turmoil in which it was created through its crazed breakdown and disparate elements.”

Take a listen to JOYRYDE’s latest weapon “I’m Gone” below. 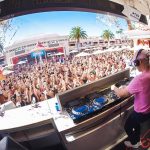 Diplo Adds To His Legacy With New “Europa” EP 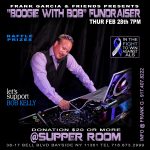