Still buzzing off the release of his mindblowing album Carbon Based Lifeform, Austin-based electronic producer Psymbionic has begun unveiling the official remixes of his latest body of work all coming from like-minded producers with Toadface taking on “Hypnotoad.” Talk about a match made in heaven.

Aptly titled “Hypnotoad” serving as the audio version of the psychedelic effects resulting from the act of “toad licking” (do not try it at home), the hypnotizing original has received new life which seems to amplify in the mind-expansion of the production.

Driven by superior sound design, this sweeping sonic landscape will leave listeners in awe while trying to comprehend the production prowess of this wubby-fueled remix which radiates pure energy throughout.

Better than the original? That’s all up to you to decide!

Take an exclusive first listen to this “Hypnotoad” remix below. 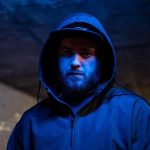 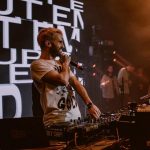