With our beloved weekend knocking at our door, how about we get groovy with this new one coming courtesy Gorgon City’s REALM Records. Let’s just say it’s a personal invitation to Kyle Kinch and Dead Space’s “Player Hater’s Ball.”

Being what easily has the makings of a club anthem poised to dominate the summer, this infectious gem showcases each producer’s production prowess with the end result being a pulsating fusion of the world’s of house, disco, and techno oozing with flavor.

This dancefloor filler is set to be released tonight at midnight tonight (EST) but we’re bringing it to you early so you can get the party started this weekend a tad bit ahead of schedule. 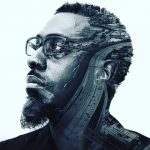