Clear back in 2006 when I first started DJing, I made an arbitrary decision in the heat of the moment that lives with me to this day, some 13 years later.

That decision? To use Native Instruments’ Traktor as my primarily DJ software. For these pages, I’ve had an opportunity to use and learn pretty much every one of Traktor’s competitors, and I’ve found a lot to like in all of them.

But there’s a certain amount of inertia involved in changing tools that are so essential to what you do day-to-day, and one’s choice of DJ software is no different. I have years of notes and ratings and categorizations embedded into the metadata of my music collection in Traktor. I know how the software works, inside and out. And I’ve come to appreciate the Berlin-based company’s attention to detail in the UI and UX of Traktor — spit and polish that I’m tempted to attribute to classic “German engineering.”

But whatever the specifics, Traktor fans, like me, have been doing a lot of waiting in recent years; the last major upgrade to the platform was roughly eight years ago. Admittedly, not a whole lot has changed in DJ technology in that timeframe, but it seemed like an extraordinarily long release cycle.

Toward the end of 2018, Native Instruments (NI) sent out a press release like none I’ve recently seen; it certainly appeared as if they’d be updating pretty much every piece of software and hardware they produce in a single cycle. That wasn’t quite the case, but there was certainly a lot of meat to the news, including a refresh of the Traktor software — as well as many pieces of the Traktor hardware family — which is the subject of this particular review. 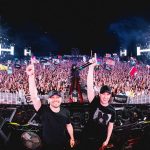 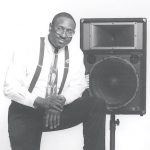