It’s that time of the year already, A-Trak has announced his third annual Goldie Awards will be returning to Brooklyn Steel on October 17th!

For those who may not be familiar, the Goldie Awards is a new type of competition for DJs and producers who compete in front of a live audience in two categories: a Beat Battle and DJ Battle.

Hopeful competitors can send their submissions to goldieawards.com where they will be asked to upload a one-minute video to Instagram or YouTube and fill out a short form. The eight contestants selected in each category will be flown to New York City to compete for the respective titles. Tickets for the event go on sale this Friday, June 28th at 10am ET.

At last year’s event, Mark Ronson, Just Blaze, and Anna Lunoe, among others, served as the all-star cast of judges with contestants hailing from Japan, New Zealand, Brazil, Portugal, Venezuela, Mexico, Canada, and the United States.

Check out the official announcemt for the third annual Goldie Awards below. 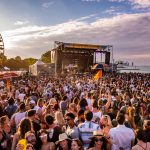