Brooklyn, N.Y. – For more than three decades, liL Ray Mckayle has been a vital fixture of the NYC-area house-music scene. As a DJ and club/festival promoter, liL Ray has pushed the music in ways that only a true believer can.

Each year, he co-produces Clubhouse Jamboree in Brooklyn’s Prospect Park. In 2018, the event celebrated 25 years and, over that time, it has presented top genre talents like The Martinez Brothers, Kenny Carpenter, Louie Vega, Jamie 3:26 and many others. It remains the longest-running outdoor house-music event of its kind in New York City.

In recent times, he’s developed the Brooklyn Frenzy series of club events, which also includes a like-branded online radio mix show. In 2019, liL Ray stepped it up with Jamaica Frenzy, a six-day event in Negril, Jamaica, that brought out some of the biggest names in house music, including Body & Soul (François K, Joe Claussell and Danny Krivit), David Morales, Ultra Naté and more. Held at the WAVZ beachfront stage during daylight hours and at the Jungle Hut nightclub afterhours, the event offered a week full of great grooves with plenty of magical moments. 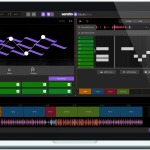 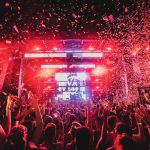