By thrilling trap fans with 2015’s “Chief,” a bone-rattling collab with THIEVES, the masked duo ATLiens quickly made its mark with a relentless style of production.

Named after Outkast’s 1996 album, the mysterious pair began to evolve over time with a sound that morphed into darker, heavier and more sub-bursting territory. Haunting tracks like “Kingston,” “Alchemy” and “Interstellar” began to resonate with the bass-music community and a genuine fanbase began to emerge, despite the group’s unwillingness to reveal itself in any way beyond its chilling music.

And now, with its new Ghost Planet EP, featuring the harrowing single, “Shelter,” ATLiens are bringing a sound that explores the darkest corners of experimental bass. We caught up with the chrome-face twosome in a recent email interview.

DJ Times: Why are scary sounds so appealing to you two?

ATLiens: Growing up, we’ve always been into the realm of the occult and other dark and mysterious things, so making heavy and creepy music only felt right. There’s something special about the feeling you get when you hear a sound that’s so unsettling or weird.

DJ Times: You guys have quite a long way since your track, “Chief.” How would you say your sound has evolved since then?

ATLiens: We always try to evolve our sound while still staying true to ourselves and keeping familiar elements in each track. But it’s always fun to experiment with other genres and trying to combine different elements. 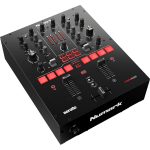 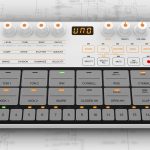