In a time where streaming services reign supreme when it comes to listening to music, vinyl records have made quite the roaring comeback as of late and now look to outsell CDs for the first time in over 30 years.

The Recording Industry Association of America’s (RIAA) recently unveiled their mid-year report which revealed that while CD sales continue to plummet, vinyl sales were increasing consistently. The RIAA confirmed that vinyl sales made up over a third of the revenue coming from physical releases.

While this is some pretty impressive news when it comes to the world of vinyl, these record sales only make up a total of 4 percent when it comes to industry revenue with paid subscriptions to music streaming services generating a whopping 62 percent.

Will this vinyl resurgence lead to DJs spinning records once again? Only time will tell. 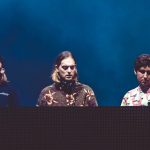 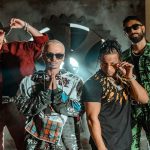