It seems that you can never be too young to start playing records. Case in Point: Sophia Clayton, an 11-year-old from Dover, Del., is proving that you certainly don’t have to be an adult to be taken seriously as a party-rocking jock. Fact is, she’s been spinning since she was in first grade, and her skills are deep.

That was evident at DJ Expo in Atlantic City, N.J., this past August. On the show’s mainstage and at the Peavey Electronics booth, the talented young lady wowed discerning show attendees with her turntable wizardry and winning personality. At DJ Expo, she was one of the show’s breakout stars.

In addition to winning converts in Atlantic City, DJ Sophia has been busy playing a variety of events. She’s opened for the Lost Boyz at Stone Soul Music Festival in Richmond, Va. She’s performed at the Queens Youth Music Festival and she became the youngest DJ to perform a full set on SiriusXM’s “Sway in the Morning” show.

Her father, Dave, is a 20-year DJ veteran, and has so far guided her path, which began when her parents surprised her with a pair of Pioneer DJ PLX-1000 limited-edition gold turntables. “The goal,” he says, “was to give her confidence and the ability to be an independent DJ.” So far, so good – after DJ Expo, we caught up with DJ Sophia.

DJ Times: What do you think is the most common reaction from people when they see you onstage for the first time?
Sophia: At first, I feel like people are thinking, “Aww little kid, she’s going to play some music,” as if they don’t take me seriously… until they see me cutting it up and scratching. Then, they think more of me. I think people are also shocked because they didn’t expect me to come out and rock the stage as I would.

DJ Times: How did you come up with the “Youngest in Charge” slogan?
Sophia: My original slogan was “DJ Sophia in the Mix.” When my parents were creating my website (www.djsophiarocks.com), they thought that “In The Mix” was too short. So, they suggested “Youngest in Charge,” and I was totally for it. To me, it means that not only can adult DJs lead the pack, but kid DJs can make an impression, too.

DJ Times: Who do you look up to in the DJ world?
Sophia: DJ Active, DJ Jazzy Jeff, and my dad. My dad taught me everything I know… well, maybe not everything because we watch videos of DJ Jazzy Jeff. My dad has always given me honest feedback to improve my playlists, routines, scratches, etc. Even if he’s not there in person, I’ll videotape it for us to critique together. | 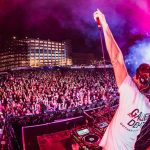 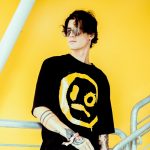