This week, Prince’s estate released his memoir, The Beautiful Ones, prompting Elite Entertainment’s Mike Walter to release his Top 10 Prince songs — and how to program them into your events.

By far his most commercially accessible and danceable track. And at 112 BPMs it’s the perfect “bridge song” if you’re looking to climb out of a hip hop or funk set and into a more mainstream dance tempo. Mixes perfectly with “Uptown Funk” as well. 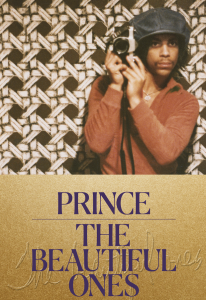 “It’s Gonna Be a Beautiful Night”

The perfect “doors open” song. As guests are moving from cocktail hour into the main room, try dropping this on them. It’s got a funky beat and the lyrics are perfect for setting the tone for, well, a beautiful night.

“I Wanna Be Your Lover”

Prince’s first real hit, this song has a disco feel (it was released in 1979, just as disco was fading) and works when matched with similar songs from the era.

Get your hands on a remix that stays fairly true to the original, because this is a quintessential eighties dance track that fits into a set with “Billie Jean” and “Girls Just Wanna Have Fun.” And only Prince could sing a song about the world ending and make it a party anthem.

One of Prince’s funkiest and most salacious tracks (and that’s saying a lot), this one is not for the meek or mild. But if you can get a little racy, and need a sweaty funk track that has James Brown influences all over it, try this one out.

“U Got the Look” (with Sheena Easton)

At a danceable 122 BPMs, this made it all the way to #2 on the pop chart in 1987 — one of Prince’s most successful and recognizable songs.

Written and produced by Prince for his most successful protégé band, “The Bird” has some line-dance-type steps that go along with it that any self-respecting eighties fan should know.

Only Prince could write a song about oral sex and sneak it by the censors. It’s got a foot-stomping beat that clocks in at 104 BPMs so it’s perfect coming out of a hip-hop set. And if you happen to mix it with “Tennessee,” give yourself a pat on the back because “Alphabet Street” is where Arrested Development took the sample for the title.

One of Prince’s most iconic songs, here he celebrates losing his virginity to a woman in a raspberry beret (“the kind you find in a second hand store”) This one may not pack your dancefloor, but it’s guaranteed to get everyone in the room singing.

One of Prince’s most recognizable tracks. From its spoken word intro to its manic, driving beat (196 BPMs) this one will tire out just about any crowd.

Mike Walter is the founder/owner of Elite Entertainment in Eatontown, NJ, and the author of On This Date In Music: A Day to Day History of the Music that Inspires Us and the Artists Who Create It 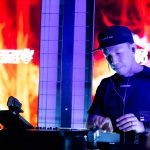 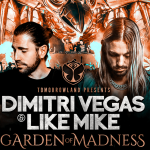