Matt Radicelli, owner of Rock The House Entertainment in Cleveland, recently sold a majority stake of what started as a DJ business — and has evolved into a multi-million AV/event business — to a long-time employee, Ryan Konikoff.

The 20-year-old company employs nearly 125 people — 50 of them full time — and moving forward expects to exceed the $8.5 million in revenue this year.

That is solid footing — so what drove Radicelli to sell?

The company employs nearly 125 people — 50 of them full time.

According to Crain’s Cleveland Business, advisers discouraged Radicelli from selling his controlling stake — after all, the company was profitable. But Konikoff wanted to buy in and was prepared to leave. Radicelli didn’t want lose him — Konikoff had been DJing for him since he was 14.

Still, on the surface the sale reflects an unorthodox business plan — it’s not the first unusual business arrangement we’ve seen — so we asked Radicelli about the art of the deal.

DJ Times: You sold a majority stake to one of your employees — is that an unusual business model? What’s the advantage to you and how does it secure your own future?

Matt Radicelli: This really is a unique situation as far as I can tell. I had the fortune of finalizing a deal to sell a large stake of Rock The House to one of my best friends – one of the best friends that’s been with us since the beginning. I believe that if you’re going to sell a large stake to someone, you better be ok with them being the majority owner – because if you sell 20 or 30%, it’s very hard to sell the company to someone else.

In this case it was win-win for both of us… I get to continue on the path we’ve been on and put a few dollars in the bank for retirement as well.

Looking to make the leap to multi-op? Check this guidance from an industry pro.

How does the new arrangement change your day to day?

Not at all.  The core of the deal was based on the premise that “Nothing Changes.” That means I’m still CEO, Ryan is still COO. We’re both still on the sales team. Am I working less? Not a chance. Am I working more? Maybe a little – but mostly because now I’m pumped to hit goals and be even more accountable to the partnership group, and not just to myself. I still work 10-14 hours a minimum of 4 days a week.

We focus on growing our team members, rather than just growing the bottom line. Build people, not things.

I used to take Wednesdays off because I performed on the weekends and I protected that time to hang with my wife and kiddos. But now that my kids are in school, on Wednesdays I do executive coaching that spawned from speaking at conventions. I currently have 5 customers from all over the country that I coach/consult with once a week for 60 minutes each. I’m not taking on any more clients at this time, but I have a couple people on an informal waiting list. I really enjoy doing it and really love working with my clients.

What new opportunities does the new arrangement create?

The deal makes us even more confident in posturing for calculated risks and growth strategies. We know that the 6 partners aren’t going anywhere and that means we can double down on emerging markets and other initiatives. It’s a really exciting.

We know that the 6 partners aren’t going anywhere and that means we can double down on emerging markets and other initiatives.
What were the terms of the deal?

While I won’t discuss the economics of the deal, I’ll be happy to share the mechanics in the interest of helping others to structure their own deals in the future.

You’ve said that the key to your success has been about “leaning into discomfort and not being scared to take risks.” Is the new arrangement a symbol of that thinking?

Nope, more of the same. The risks keep getting bigger and bigger. The stakes are definitely higher; but being more and more confident in the data we use to make our decisions is also a major contributing factor.

You’ve said that you would rather compete on quality than compete on price, and that having the right team members in place made growth and competition much easier to manage. Has competition gotten more fierce in the last 5 years? If so how have you responded?

Competition is always fierce. We are on the top end of the pricing spectrum in our area (Cleveland). While our average dollar sale continues to rise, there are no shortages of competitors in our area. One notable item is that I’m also proud to say that I still believe that anyone that can be your competitor can be your partner – and there are some GREAT DJ & production companies in the Cleveland / Akron area. How have we responded? We keep reinventing ourselves, we innovate, and never settle.

Can you give us an idea of how you reinvent or innovate?

Without saying too much about internal strategies, we focus on growing our team members, rather than just growing the bottom line. Build people, not things. It’s amazing how much innovation and productivity can come from a group that is aware and appreciative of the teamwork, collaboration, and opportunities they’re creating for themselves.

You were doing 1,000 gigs annually when we last spoke in 2016…what’s the number now? What aspect of the biz has seen the most growth?

Our family of companies did more than 1,500 events a couple years ago… now it back to a little over 1,000 – but it was been [mostly] strategic. We’re a company based on volume; but we continue to fine tune our systems and processes – which means our ideal customer profile (and price ranges) are also evolving.

An owner’s responsibility is to decide for themselves what the “goal” is.

You’re the only entertainment company in the Inc. 5000…how has that distinction helped the brand?

First of all, I encourage anyone who’s rapidly growing their business to apply. It takes a while, but it’s worth it! Having designations like Inc. 5000 (and others) gives you a boost of confidence and credibility when strategizing about aspirational customers and growth.

Your revenue is super impressive — $6.8 million in 2018…what are your projections for the next 3 years and how do you model those projections?

We’ve continued to grow rapidly and crush our goals and projections. What do we use to model our goals? We use a unique blend of historical (lagging) indicators and continuous analysis of future projections – all to get us to a place where we know generally what’s headed our way if we continue to push.

As you’ve continued to scale do you employ the idea that new products, offerings, services etc, if they’re to fail, should fail fast?

We celebrate failure, but in terms of new products and services; rather than looking for failure, choose to collect data, eyes wide open, and double down on success… rapidly.

How much of an emphasis should an owner place on growth?

Growth is required for sustained profitability and long term stability in my opinion. I personally believe an owner’s responsibility is to decide for themselves what the “goal” is. And if the goal is to eventually sell, not focusing on growth is a non-starter. You have to posture for growth and actually put the results on the board to be bankable, and increase the value of the asset you’re building; otherwise, it’s possible (not always) that you’re just collecting a paycheck while your assets are depreciating around you.

A few examples of emerging markets at different phases for RTH are: 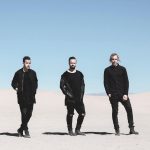 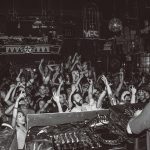