The demands of the modern DJ have evolved to a point where, for many, DJing alone is no longer enough to thrive in today’s diverse market.

DJs are now producers, podcasters, radio-show hosts, remixers, and, in some cases, their own marketing staff and content creators. Sometimes, it’s tough to remember that one must still be able to spin and rock a crowd, as well.

That being said, the world of DJing and content creation within the home/office/project-studio environment requires increased levels of accuracy, a small, non-intrusive footprint, and the ability to fulfill all the tasks at hand.

What’s New: Italy’s IK Multimedia jumped into this market previously with its iLoud Micro series of powered monitors. It was quickly adopted by producers and engineers with quite favorable reviews, as it provided a larger monitor sound in a more compact and portable package. Who would’ve guessed that a tiny set of 3-inch monitors would achieve such a level of sound quality at an affordable price point? And what’s more, you could also fit it in your travel bag.

The Next Step: Well, it happened, and now IK has ventured to take it a step further with the iLoud MTM studio monitors. With the first product already so widely accepted, could it be possible to improve on something already embraced by so many?

At first glance, the first improvement one will notice is the additional midrange driver to make it an MTM (Midrange, Tweeter, Midrange) cabinet. So, instead of one 3-inch driver with a tweeter, it now sports two 3.5- inch, polypropylene, custom-made mid-woofers, with the 1-inch, low-distortion, silk-dome tweeter seated comfortably in the center.

Typically, a 3-way studio monitor is a reach. It’ll cost you a thousand or more for a pair. Or, if you wish to spend less, you’ll may run the risk of having monitors smaller than your computer screen, while hoping it’s somewhat more accurate than basic, desktop, gaming speakers. It should go without saying that it’s not a great option to sacrifice accuracy when producing your next after-movie of your last festival gig, content for your social-media posts, or your upcoming podcast episode.

Yet, the desirable factor of a 3-way system is a wider sweet spot, a more focused sound spreading the workload across three components instead of two, and higher SPL levels.

Feature Set: The MTM units boast these features and more with angle adjustments for finding the perfect listening position, magnetic shielding (so as to not interfere when being placed close to display monitors), 103dB max SPL at 1 meter, and the ability to reach lows of 40Hz. This all comes in a less-than-thousand-dollar price point ($349 MAP per unit) and a footprint so small it can sit comfortably next to your laptop – and you almost forget they’re standing at the ready.

You would think that the feature set would begin to stop there, but IK Multimedia takes it even further to make these diminutive monitors call for some serious attention. Users get built-in controls for HF/LF adjustment switches, desk position settings, low-cut frequency options and, if that doesn’t begin to peak your interest, it also includes a measurement microphone that plugs directly into the back of each unit. Plug the measurement mic in your listening position, push the calibrate button on the back and, in a few quick sound pulses, the MTMs are automatically calibrated to your working space no matter where you are.

That’s an added bonus for the traveling/touring DJ, who still needs to be able to accurately mix, work, and finalize with confidence. This is essential in scenarios for the DJ/producer, who has submission deadlines, regardless of what city or country they happen to be in. (When the record label emails you about that remix or edit project, it often needs to be turned in ASAP.)

Bottom Line: So, cutting through the spec info, you might ask: How does the system sound? Would I recommend it? Do you really need it? When I worked in music retail, very seldom did DJs and producers want to know specification sheets in immense detail (except for your occasional super-audio-gearhead), total harmonic distortion percentages and miscellaneous stats. They just wanted to know if it’s all hype, or is it really worth the coin?

As a salesperson, your reputation quickly can diminish amongst working professionals if you become known for pushing subpar products on them. So, as a reviewer, I take this just as seriously, as if the reader is a valued customer who trusts that I would only recommend something worthy, a product that will help take their craft to the next level. 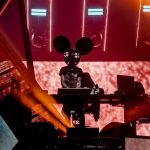 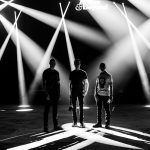 Above & Beyond Unveil Complete Lineup For New Year’s Eve Event