Tony Fresch’s musical evolution has taken many forms. Starting out as a metal and hip-hop fan, the California kid eventually found a variety of dancefloor flavors that sparked ambitions to be a DJ/producer.

As Dr. Fresch, began the electro-inspired Prep School label in 2012, but eventually moved onto create his own take on the G-House genre. In 2013, he won Insomniac’s Discovery Project competition and that helped propel a career that’s seen him release tracks on labels like OWSLA and Ministry of Sound, score more than 30 million streams on SoundCloud, and play the country’s biggest festivals, from EDC in Las Vegas to Moonrise in Baltimore. “Gangsta Gangsta,” his 2016 collab with Baby Eazy-E, remains a genre classic.

In early 2019, he (and Insomniac Music Group) launched his latest label, The Prescription. With a name taken from his branded mixshow, Dr. Fresch’s imprint brings the freshest G-house from global talents like Arizona’s BIJOU and France’s Tony Romera to the party. So, as his latest single, the bass-house rumbler “Get Back” – a collab with BIJOU on Tchami’s Confession label – hit the streets, we caught up with the L.A.-based Dr. Fresch.

DJ Times: You created your own brand of G-House. When did that sound grab you?

Dr. Fresch: Now, it’s called gangster house. Originally, it was called ghetto house, started with DJ Assault and some of the guys from the ’90s. It was faster, almost like juke. So, I heard DJ Assault when I was in high school in 2005. That’s kind of the roots of it – then G-house had a big resurgence around 2012-13. Amine Edge and Dance kind of godfathered the “G-house, Part 2” and that was huge among DJs, not so big among other people. But it was so big among DJs that the culture remains. If you were ever a club DJ in America or Brazil or Spain or Berlin or France, you had these records on.

DJ Times: Were you always into dance music?

Dr. Fresch: I grew up being obsessed with metal and West Coast hip hop before I discovered rave. I started getting into rave music with Dance Dance Revolution [music video game] when I was a kid because I was playing competitively in 2002-03, when I was 13. I was hearing old trance records, but trance didn’t appeal to me enough.

DJ Times: How did your tastes evolve?

Dr. Fresch: I got hooked in through the electro. And bringing it back to “G-house, Part 3”… that scene birthed my career. Through all these remixes, I kept going with G-house. The house scene developed this bass-house pocket, so people like Ephward and Jauz started pushing the envelope through that sound. At the time, I was on tour with acts like Brillz and Flux Pavillion, 2015 into 2016, and it was opening up for these guys. I was like, “Well, I need to accomplish things on these tours without sacrificing my brand.” I tried making trap and I’m happy with the songs that I did, but I’m very happy I pulled out of that direction and decided to just go hard into this new G-house sound. Because look at the culture Prescription Records has taken on – you know, it’s bass house with West Coast gangster flavor.

DJ Times: What made you switch to Ableton?

Dr. Fresch: My roommate. I collab with him and it was so much easier for my brain. For Logic, I gravitated towards it because I grew up with GarageBand – I had been using that since it launched. I’ve been making music on a computer since 2002. My parents bought me Logic for Christmas and a keyboard for my 18th birthday. I was going hard in senior year of high school. I knew at that point I was fully sold on this.

DJ Times: You’ve had this vision for a while…

Dr. Fresch: I knew when I was 8 that I wanted to be a rock star, but I was not good at playing instruments. I took piano for 10 years. I took bass for a couple. I sang for four or five, did choirs and a cappella, did jazz band, but none of it hit.

DJ Times: What is your plan with your new record label, The Prescription?

Dr. Fresch: It’s just an extension of my brand. I’m finding producers who have a similar message and sound. People who have their heads in a similar place, some more overground, some more underground. Every song fits into my sets, as opposed to [my previous label] Prep School, which was a different brand that sort of lived outside of what I do as Dr. Fresch. This second label I’ve started is a complete representation of myself. 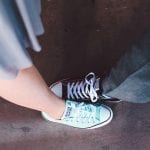 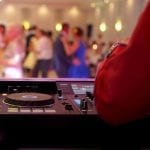 Is The Wedding Industry Doomed?