When Tracy Young won the Grammy for best remixed recording on Sunday, she was part of something historic. the first female to win a Grammy the Best Remixed Recording — for the Tracy Young Pride remix of Madonna’s “I Rise.”

She acknowledged as much in her acceptance speech, opening with “We made history ladies!”

She thanked Madonna, of course  — “for all the opportunities and recognition over many many years — I’m overwhelmed wth gratitude to you.”

And then she welled up as she closed her speech. “We shattered the glass ceiling — together, in a male-dominated industry. I proudly accept this on behalf of all female producers who have been overlooked.”

With the death of Kobe Bryant — which prompted an outpouring of grief among fans of the basketball legend, who gathered at the Staples Center — the Grammy ceremony was unusually emotional. We spoke to Tracy Young shortly after she won.

DJ Times: OK, you were shocked I’m sure. You said in our last talk didn’t want to be disappointed, and you weren’t.

Tracy Young: I was in the far back of the room, so when they called my name I had this long walk. It was so overwhelming. I was in shock and I cried all the way up.

Was there an acknowledgement that this was a first time thing?

I kind of touched on that in my speech — I said I shattered the glass ceiling. A lot of people were stopping me after the speech and when I was walking through the ceremony, telling me that they were inspired and I made them cry. And I was like, “What? Me?”

And Madonna?
I touched on her in my speech. She’s the first person I talked with after winning. I said to her that we won, and she’s happy. Definitely. She did something major again — and her legacy continues.

Tell me a little bit about the Grammy experience.

I had been to the show before but it was my first time as a nominee. It’s different as a nominee, because you go to the nominee reception and there’s a medallion, you’re just recognized at all these events. I really enjoyed the nominees reception, and then the next day was the ceremony, so it was an all day thing.

The day of the ceremony, Kobe passed, so it was a somber event. All the Kobe fans were meshed in with the Grammys. It’s absolutely something I’ll never forget that’s for sure.

Yes, it was also a happy joyous occasion celebrating music. My publicist walked me down the red carpet which was ginormous — I’ve never been on a carpet like that.  I was there with my brother, and I did the carpet thing and then they rush you into the ceremony and then when you win you go backstage, you take a picture with the Grammy and you do another press opportunity. And then you can go eat or do whatever before the live ceremony — I had like 3 hours to kill.

Did you feel like part of a larger community?

Um, well I wore bright pink, fuchsia, so I stuck out like a sore thumb. But I thought the performers were top notch.

How was the sound in there?

Well, it off at times, but you know, it’s live — what are you gonna do?

Is there any kind of Grammy bump you can expect?

I heard from one of my, like, the chapter president, as I was leaving the afterparty he said, “You’re rates just went up.” We’ll see — but winning a Grammy is a high endorsement. I think it’s like anything else. You play the main stage of Tomorrowland, it’s an honor, you know, it’s something to be celebrated and not everybody gets those opportunities. And I feel honored and I’m humbled and I’m extremely grateful. Just to be in this business, still, after all these years, I mean, I don’t know how to do anything else. 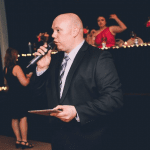 What I’ve Learned: How To Control the Narrative At Your Events 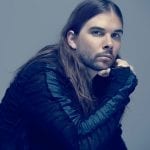