Yesterday, Tracy Young won a Grammy in the category of Best Remixed Recording for the Tracy Young Pride remix of Madonna’s single “I Rise.”

She’s the first woman to ever win a Grammy in that category.

In her speech to the Grammy crowd, Young received thunderous applause when she stated that she was “overwhelmed with gratitude” to Madonna for the help she gave her through “opportunities and recognition” through many years of collaboration.

Tracy also thanked her “LQBTQ friends, clubgoers and music lovers who have supported my career from the beginning” closing her speech saying she will “proudly accept this (award) on behalf of all female producers who have been overlooked.”

Here’s DJ Times’ interview prior to the Grammy.

As a female in a male-dominated industry, Tracy Young has been first a few times. But this one is huge.

Since Best Remixed Recording became a Grammy category in 1998, not one woman has ever been nominated — until now, with Tracy Young’s Pride Radio Intro Mix of Madonna’s “I Rise.”

When Young heard the Grammy news, she was driving in Miami, on a call. Her manager Amy Alexander kept texting her, imploring her to call her. Young kept talking, texting Alexander that she was busy, and then Young remembered that the Academy was announcing their nominations.

Young hung up on her other call and pulled over and called Alexander back. “I said ‘no way’…I couldn’t believe it,” Young told DJ Times.

She started crying. “My baby-like ugly-in-the-face crying,” she said. “Amy always said to me, ‘you’re gonna get nominated for a Grammy,’ but I never want to get too excited. I don’t want to be disappointed, because there’s a lot of great talent out there and a lot of competition.”

The rest, as they say, is history. We spoke to DJ Tracy Young about the nomination, Madonna and the plight of females in the DJ world.

DJ Tracy Young: It is. I first heard the song and Madonna had written it originally for the LGBTQ community. And I was like, well we need a dance version so we can play it. I texted it to her and she liked it and I started playing it. Then radio started playing it and we submitted it to the Grammy committee. It didn’t have a lot of support behind it other than what Madonna and I had done together for the record.

DJ Times: How did Madonna find out about your nomination?

Tracy Young: I texted her and told her we did it, and she said she was so proud. She was so proud when she heard about the Grammy.

DJ Times: What has Madonna meant to your career?

Tracy Young: She’s an amazing, amazing person. For me, she inspires me. I mean, I started as a DJ for her. Then I started remixing for her. I collaborated with her on “Crave,” which she’s doing this year in her show. I’m always evolving with her. She is kind of, I don’t want to say maternal, but it’s like she pushes me to be better. That’s how I feel with her and my relationship with her. I’ve known her for a long time.

DJ Times: Does she give input on tracks?

Tracy Young: Well, in some of my older remixes, she had not — I’d send her the mixes and there’d be no feedback, so it was the ultimate — great, another remix for Madonna! But we started communicating about her new album. We collaborated on “Crave” and she was very instrumental in that remix with me. So that was something that was new for me with her. I like the experience of her giving feedback — it makes me better.

Tracy Young: When I started DJing in the late 1980s and early 90s, male club owners would tell me girls don’t do this, that maybe I should choose something else to do. It would make me angry but I just kept doing it because it was my passion. It’s just like anything, when you’re passionate about something, you’re gonna do it a lot. Somebody will say yes eventually. Now I see more female DJs  — but I don’t see more female producers.

I was also one of the first women to do some of the events I did 20 years ago. So you know it, there’s always going to be a fight — now maybe they’ll be more. I’m not talking as a feminist. I’m just saying, if you don’t see something, if it’s not brought to your attention, you just don’t know. Nobody’s fault — you just don’t know. Now that it’s been brought to the forefront that this is the first remix as a woman nominee, maybe people will be more aware, and give this person or that person a chance on those positions. You know, there’s always a first for everything and then things change.

DJ Times: What advice would you give to that up and coming female DJ out there?

Tracy Young: I always give the advice of learn how to accept rejection, because, you know, a lot of people get discouraged when they hear no. I still hear no, in my career and I think it’s really important in any business to learn how to accept rejection and not take it personally, and continue to do and move forward. The trick is doing something you love and learning how to make money doing it. Those two kind of go together for me. I never work —  you know that cliche? How you never work a day in your life? It’s true.

DJ Times: As a business person, you’ve got multiple revenue streams. Where do you generate most of your revenue?

Tracy Young: I think the remixes are paying more than the DJ gigs maybe. I do some radio but radio is never good enough — I mean, unless you’ve got a morning show. I would say production for me right now, that’s what I’m focused on. I had to consciously step back from DJing because it just takes so much time. I wanted to be in the studio instead of playing music. I wanted to create it. I’ve made a whole career on remixes, so I’m approaching originals.  I want to be the female Mark Ronson, that’s my goal — or a female Calvin Harris, there isn’t one of those either!

Lincoln Barrett for The One (High Contrast Remix) by Artist: Jorja Smith, 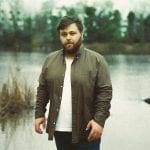 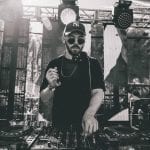