Here’s a wedding DJ tip: A bride asks “What is a good alternative to the traditional father-daughter dance?”

We tend to try to solve that problem by asking “how?” — as in, “how can I deliver what she’s requesting?”

Instead — and here’s the tip — we should be asking “why?”

The key to creativity is to get to the why. Once you do that, the how will reveal itself.

I see it in online DJ forums daily. What song do you play next? What do you say when this happens? How do you handle this situation? How much should I charge for this service?

The key to creativity is to get to the why. Once you do that, the how will reveal itself.

And the only reasonable answer to these questions is “It depends.”

Asking why is more than a one-step process. It requires asking, listening, sifting, asking again, going deeper and peeling back the layers and that means not just in being a DJ, but in being a business owner, a parent, a spouse, a friend, a human.

When I look at the people in our business, the performing arts, those who are the most successful, most creative, most influential — I consistently see people who seek to understand why they are doing things.

In acting, you hear the phrase, “motivation,” and it comes down to why the character is angry or sad or happy or fearful, because those emotions aren’t one-dimensional. Happy because your team made it to the Super Bowl is a very different kind of happy than when you won the lottery or you just had a baby.

In our businesses, it’s imperative that we not only ask our clients why, but ask ourselves as well. Why do we have the same policy regarding deposits today that we had 10 years ago? Why do we always end the party with a slow song, or a fast song, or the same song? Why do we keep saying “Ladies and gentlemen, at this time,” every time we get on the mic? Why are we wearing a tux or a suit or casual clothes to this event?

It’s imperative that we not only ask our clients why, but ask ourselves as well.

Instead of asking what we should wear or what we should say, we need to ask why we are doing it. What is our goal? Nothing should be done out of simple habit, but instead, out of thoughtful, examined motivation.

When we do that, when we ask “why” enough times, the how will reveal itself.

Randy Bartlett is the owner of Premier Entertainment in Sacramento, California. He’s been DJing professionally for 30 years, and used to do open-mic standup comedy nights and even considered pursuing it professionally. You can find his The 1% Solution package of videos here. 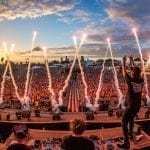 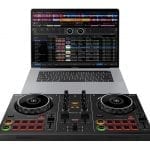