Since forming as a DJ/production duo in 2001, Josh Gabriel and Dave Dresden have enjoyed some massive highs and lows.

The pair delivered hit productions, like 2003’s “As the Rush Comes” (as Motorcycle feat. Jes) and 2007’s “Dangerous Power,” plus popular remixes for artists ranging from Above & Beyond to The Killers. They toured the world and played the biggest festival stages. But in 2008, the pair had an acrimonious separation that lasted more than two years.

After reuniting in 2010, G&D hit the road again, but eventually tired of the grind of touring and releasing singles. By 2017, the duo returned to the notion of making a full-length artist album and, after raising the necessary funds via Kickstarter, G&D released The Only Road, a well-received effort, full of gorgeously melodic dance tracks like “This Love Kills Me” featuring Sub Teal.

Now the duo’s back with Remedy, another Kickstarter-aided album featuring vocalists Sub Teal, Jan Burton and Centre. Loaded with sharp hooks, aching melodies and ripe beats, especially on Sub Teal-fronted tunes like “No One’s to Blame,” Remedy effectively melds progressive, trance and pop sensibilities. We recently caught up with G&D to discuss the new project.

DJ Times: In an era ruled by singles and playlists, why make albums?

Gabriel: Nearly 10 years ago when we reunited, we made some kind of internal pact with each other that we weren’t going to make albums anymore. We saw the trends and the fact that artists were getting huge and doing full world tours off singles. We thought we’d just jump in and be a singles act, too. We made single after single and released them on a very large and connected label. None were making the kind of impact we had hoped, and our touring was starting to seem stale. We needed to do something. What we found was missing from our lives was the ability to make music that was part of a larger story, something that could really help people feel something deep and emotional. We needed to feel something, too, and that happened when we finally made The Only Road.

DJ Times: And for this album, Remedy?

Gabriel: We got so into the process making the previous album, so we wanted to do it again. There’s just something special about making a body of work that has a beginning, a middle, and an end. We won’t say Remedy is a concept album, but the songs work like puzzle pieces that you can either play by themselves our as a whole. Then there’s also the fact that releasing albums is the best way to empower fans and the industry, and get them excited. The whole album cycle still plays a huge role in our industry, even if casual listeners have moved on to singles and playlists.

DJ Times: You again used Kickstarter to fund this project. Good thing you have such a loyal fanbase, right?

Gabriel: We feel incredibly blessed that our fans support us like this. We were so nervous about launching the first Kickstarter, not knowing what the reception would be. But that all changed the day we launched the first Kickstarter. The outpouring of love and support and excitement that we were finally going to make a new album – it was infectious. Getting to work hand-in-hand with our supporters just felt and still feels like the way forward for us.

DJ Times: How did you approach this album, in terms of material?

Dresden: Like The Only Road, we made sure we had all the lyrics before we started working on the music. For a good number of these songs, they started on guitar or piano with Sub Teal and Josh working together to hammer out the lyrics and chord progressions. They were then presented to me, and I chose the ones I felt worked best. We added in two songs we had intended for The Only Road [“Keep On Holding” and “Coming On Strong”], but didn’t have the chance to finish in time. The difference between The Only Road and Remedy is that the earlier album was the culmination of about eight years of songwriting. For Remedy, the new songs were specifically written for the album.

DJ Times: On this record, you worked with three singers, but mainly Sub Teal. What’s your process for working with a vocalist?

Gabriel: For Remedy, we really wanted to hone in on the unique nature of Sub Teal’s vocals, so we rented a studio for a week that had a great selection of microphones and compressors for tracking. We spent a day just getting our recording chain together. Sub Teal experimented with all kinds of different microphones and we messed with a bevy of compressors and limiters to find the sound we wanted. Then we went for it. The process to record this album was that we made some basic instrumental tracks for Sub Teal to sing to and then recorded one song per day, so that we could get all the vocals we needed for a song and then give her a chance to rest and recuperate. It was a great workflow and we never felt stressed or running against the clock to finish. 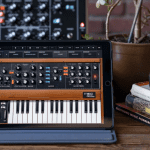 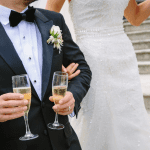