By now, the year’s biggest DJ story has been well told by dozens of news and entertainment outlets, but for those who somehow missed it, a recap:

During the third week of March, after the COVID-19 pandemic rendered much of our world housebound, DJ D-Nice began streaming on Instagram Live from his L.A. home. His original show idea was to present interviews with hip-hop artists – with unmixed music coming courtesy of iTunes on his laptop. For the former rapper who had become a big-event DJ, this was well within his capabilities. But that approach quickly changed.

With more than a little encouragement from legendary hip-hop jock Clark Kent, D-Nice (aka Derrick Jones) decided to up his game and create an ongoing, online DJ party featuring posi-vibe music – R&B classics, disco grooves and old-school hip hop. Feeling good about his direction, he called in some favors from high-profile friends, extolling the virtues of IG Live, and his nightly stream numbers began to spike.

Then, on Saturday, March 21, everything changed. Five days into his new virtual reality, the entire world seemed to take notice of “Club Quarantine.” Fueled by a mind-boggling array of celebs dropping into the mix – from Drake, Oprah Winfrey and Mark Zuckerberg to Joe Biden, Bernie Sanders and Michelle Obama – D-Nice’s nine-hour party drew enormous numbers, peaking at over 100,000 visitors – a new IG Live standard. Life has not been the same since.

How did he do it? Well, as he relates in our interview, it wasn’t exactly an accident. In fact, D-Nice explains why he was probably the only DJ in the world who could’ve pulled off such eye-popping numbers.

Of course, it’s all rooted in the fact that D-Nice, 50, has a backstory that set him up for opportunity – so don’t call him an overnight sensation. He’s far from it. As a teenaged DJ/producer/MC, he was a member of seminal Bronx hip-hop collective Boogie Down Productions and, in 1990, he had a breakout hit with the boombastic “Call Me D-Nice.” After his artist career wound down, he re-focused his life by becoming a web developer and found himself back in the music business.

During that period, the DJ bug bit again and this time it was a keeper. He re-honed his deck skills and parlayed his longtime connections into major club residencies (like AC’s Borgata) and big gigs for major brands (like Hennessy). Over time, he became in-demand for a variety of high-profile events, including President Barack Obama’s 2012 Inaugural Ball and his 2016 farewell party at the White House.

So, as he worked us into a day schedule that had him fielding conference calls and video meetings with Apple and ABC’s “Good Morning America,” we caught up with D-Nice to discuss his history and the story behind the March 21st “dream stream.” The hustle never ceases.

D-Nice: My initial influence started with DJ Scott La Rock, who was one of the founding members of our group, Boogie Down Productions. I was probably 15. He always told me that my role in the group would be either to become one of the rappers or to become the DJ of the group, but that I should learn how to do all aspects of what we were doing – production, DJing and MCing.

DJ Times: He taught you how?

D-Nice: The first recording he taught me to mix was an EPMD breakbeat, where you had to bring it in on the off-beat. It wasn’t on the one… so he taught me how to bring that back and how to count bars with that particular song.

DJ Times: What were you spinning on then?

D-Nice: Can’t remember the brands, but they were B-level, for sure. They were belt-driven turntables, I remember, so… very delicate, to say the least.

DJ Times: Why was the late Scott La Rock so important to early hip hop?

D-Nice: First off, he was a social worker, so he was a nurturer by heart – that’s how he found KRS-One, who lived in a men’s shelter where Scott worked. My cousin was the security guard there, and that’s how I met Scott.

Hip hop was in its infancy and we were still trying to figure out the business side of it. But he knew from the start that the only way to get things done was to own your business and to own your masters.

D-Nice: Right. Some of the things that I’ve learned back then still resonate with me now. I mean, I’m self-managed. It’s my company. I remember all those lessons from Scott La Rock and also from my friend [the late music exec] Chris Lighty: “You gotta own. You gotta understand who you are and what your value is.” The early days of hip hop, we were finding our way…

DJ Times: And ironically, I’m calling you from very near the 59th Street Bridge… so the “Bridge Wars” between BDP and the Juice Crew from Queensbridge come to mind – 30-plus years later, but here we are…

D-Nice: [Laughs] Yeah, the “Bridge Wars”… that’s so wild, man. That was actually a special time. Look man, we were performing all over. We performed in Queens and then jumped on the subway back to The Bronx. You could never do that right now if there was some war going on and people coming after you… It just goes to show that, back then, hip hop remained onstage and on wax. It didn’t really start to get violent until the very late ’80s – but early on, it was just about fun.

D-Nice: My artist career was fun. I loved producing my own records. I wrote all my songs except the beginning of “Call Me D-Nice,” which KRS wrote, but then I took it from there… I’m just lucky that I that career at such a young age because I’m not really fazed by what’s gone on right now… because I had some fame and fortune early on, when I was between the ages of 16- and 22-years old. But, I had some difficulties with my label, Jive Records, and hip hop was starting to change – it became more fluffy.

DJ Times: By the early ’90s, it had become a huge commodity.

D-Nice: Unfortunately, for me, it wasn’t a world that I was able to fit into. The record company wanted me to make a certain type of record that I just I couldn’t make. I could never be Dr. Dre – that sound was on fire. You know, Naughty By Nature – they were on fire. I couldn’t be them. I could only be me, and being me wasn’t good enough at the time for the record company and for other record companies.

DJ Times: The business changed, but the new sounds kept changing quickly, too.

D-Nice: I mean, I couldn’t get a deal after that. You’re talking about a guy who’d sold a bunch of records and I discovered Kid Rock. You would think that I would be able to eventually parlay that into a deal. But hip hop was changing and it wasn’t about any individual. It started to become about which clique you were down with… whether it was the Death Row crew, or later on it was the Bad Boy crew. And I wasn’t a part of any of that, so, yeah, it was a difficult time.

D-Nice: I was considered old-school because my first record came out in 1986, even though I was 15-years old. I was still considered old school by the time I was a 22.

DJ Times: So to wrap on the artist life… where did you

find that killer Turtles sample [“Buzzsaw”] you used for “Call Me D-Nice”?

D-Nice: House of Oldies in New York City downtown. It was a place where a lot of hip-hop artists would find records and they had nothing but the jams… like mint condition. So I knew that Biz Markie always shopped there. You had the ability to open and listen to a record, and you can look on the vinyl and see where the breaks were placed on the wax – and I heard that! They had, like, nine copies and I bought all of them! The record was The Turtles Present the Battle of the Bands.

DJ Times: Nobody was going to get that record.

D-Nice: Yeah, I know. And the funny part was that beat wasn’t for me – I did the beat for Kid Rock. He said it was too slow. He wanted more of an upbeat kind of beat. Then I tried to give it to KRS for the second BDP album, By All Means Necessary, but he selected another beat. So I rapped on it and thought, “Holy shit, this really sounds good.” I took it to Red Alert at Kiss-FM radio and he played the demo – the program director heard it and they added it to the rotation, which was amazing. They were playing it for months before the vinyl was even pressed.

DJ Times: Well, that record certainly got you out there, and it is one boomin’ bassline.

D-Nice: Yes, yes… and it’s so funny that, when you fast-forward to my DJ career, half of the people that know me never knew that I was the same D-Nice, who made records back then. I remember I was doing a big event for Heineken and the woman who booked it said, “They keep asking for the rapper D-Nice, but we only know the DJ D-Nice…” [laughs] 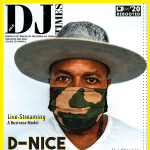 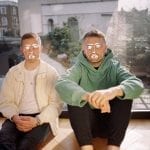