After graduating from college, Jason Tokita moved back home to San Diego and started playing a small weekly event with an old friend, Chad Fortin. “Fresh out of college, filling out job applications and researching career opportunities were beside me,” he says. “I just wanted to be a Rock Star.”

Who doesn’t? Fortunately Tokita had a lot of friends supporting his shows—Chad was already an established local DJ so they were able to leverage opportunities because of who he was—and so they moved up the ranks in the underground scene quickly. A couple residencies gave them the opportunity to open and play alongside many the biggest DJs in the world at the time like Paul Oakenfold, DJ Jazzy-Jeff, DJ A.M., Kaskade, Marcus Shultz, Roger Sanchez, Eric Morillo and Doc Martin.

“Life was great,” he says. “We’d play records all day during the week and then rock the clubs from Thursday to Sunday and do it all over again.”

Then it all changed

That’s when two of their fans that had met at one of their DJ events got engaged and asked Tokita and Fortin to be the DJs for the wedding. “We thought she was joking,” says Tokita. “Mind you, we only played underground house music and techno at the time, but she didn’t care and plucked on our heartstrings until we caved.”

They did the gig, but didn’t revisit the idea of doing any more wedding gigs until the recession hit in 2008. “At the time, we had no idea what we got ourselves into and as we started researching Wedding DJs, we found the horrors and stereotypes of ‘The Cheesy Wedding DJ.’ This was definitely the biggest challenge: How to play the cheesy stuff while trying to keep it classy.”

Tokita, now the owner of Injoy Entertainment in Seattle, gave us some advice for up and comers, with an emphasis on relationship building. “I was very fortunate to have a great mentor that taught me the value of relationships, but I do have some great advice to all of all jocks out there trying to build your business.” 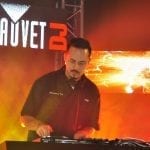 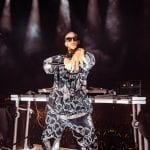