At Winter NAMM this year (back when we all felt just fine about traveling and congregating in masses), DJ Times editor Jim Tremayne and I got our usual dog-and-pony show from inMusic Brands – parent company of Denon DJ, Numark, RANE, among other brands. The inMusic staff was unveiling some new additions for some of the brands and hinting at exciting things to come for others. But it seemed the limelight was focused on Denon DJ, and among the highlights was the new PRIME 2 dual-deck standalone controller, a new little brother to last year’s outstanding PRIME 4. I recently received one of the first of these innovative new controllers and was anxious to give it a go.

In previous Denon DJ reviews, I’ve made a lot of the fact that across their brands, inMusic seems to have spun up some serious in-house talent on the technology front. At the end of the day, it’s a pile of computer chips and a bunch of embedded software that comes together to power today’s cutting-edge “smart DJ console” (vs. depending solely on connected laptops for the brains), and inMusic seems to have the drill down pat after a series of innovations in recent years. The PRIME 2 is merely the latest example of it.

First Impressions: It would probably be easy to say that the Denon DJ PRIME 2 is merely a two-deck version of last year’s PRIME 4 at a lower price point, and I suppose that’s one way of looking at it. But saying so diminishes what is nevertheless a truly superb standalone device.

Like its PRIME 4 sibling, the PRIME 2 is a beast — but it’s slightly less of a beast. It shaves about 4 inches of depth and 4 inches of width from the overall footprint, and about 5 pounds of weight as well. The outstanding multi-touch display gets scaled down from the 10-inch, diagonal version found on the PRIME 4, but the 7-inch, diagonal (not as much of a step down at the numbers suggest) on the PRIME 2 is still a superbly usable screen, and serves as the window into the very core of the unit.

But let’s move past how it differs from the PRIME 4 and focus on what makes the PRIME 2 what I believe it is: One of the very finest DJ standalone devices available at the moment, and that is, simply, the matter of usability.

It starts, in my view, with the software I mentioned earlier. I would never have imagined even just a few years ago that a self-contained standalone unit could possibly have gotten me to give up my laptop to perform a set. But after playing with the PRIME 2 pretty extensively, I find myself at the threshold where I wouldn’t hesitate for many types of DJ sets, and there are several reasons why I say so:

• The Engine software has gotten that good. Denon DJ has done a great job of creating an Engine OS ecosystem across their various products, continuously refining how things work based on their experience in the field. But more than consistency is usability. Operating the touch screen on the PRIME 2 to drive around its interface is intuitive and easy; it’s simple to find things, it’s easy to see what’s what, and the information shown is exactly what you need. For this evaluation, I plugged in one of the two USB keys that stores my collection of club favorites, and quite literally within 60 seconds of making the speaker connections and turning on the power, I was mixing as if I’d been using the PRIME 2 for months.

• Beyond the software, the things you need the most and use the most are equally accessible and intuitive. Take, for example, the looper; two buttons and a knob, and it’s all you need to easily mark the in and out points, size or move the loop region, and release the loop — and I didn’t need a manual to figure it out. Ditto the effects engine; use the display to choose the effect you want and control it with hardware knobs that are natural to use.

• You want sources? The PRIME 2’s got sources, offering multiple USB connections, an SD card slot, and even a hard-disk drive bay. Pop a solid-state disk in the unit, and you’ve got music library space that might as well be limitless. Selecting and accessing the material is as intuitive as the rest of the interface. Not enough? Connect the unit to WiFi (also easy) and tap into the entirety of the Tidal streaming music service. Provided there’s internet access available at the venue (in my experience, virtually all venues offer it these days), it’s a mobile DJ’s dream: Haul around your base library, sure, but swiftly handle pretty much any oddball music requests from a guest and make it all look easy.

The connectivity extends beyond music sources. With two mic inputs — a must in my book for serious mobile work, and both are balanced XLR/quarter combos — plus dual headphone jacks, XLR-based master and booth outs, and a single Aux input, and you’ve got everything at your fingertips. Speaking of those mics, they have 3-band EQ and talkover mode as well.

Hands-On: Something that Denon DJ has been really focusing on is giving their lineup a really professional, solid feel. The metal components in the chassis suggest that the PRIME 2 will prove itself rugged. But beyond the chassis, the controls really live up to the impression made when you unbox the unit. The various buttons, knobs and sliders have a really nice feel, and something Denon DJ has really refined over time are the jog wheels. With a 6-inch diameter, capacitive touch, and cool, circular color displays in the center of each one (for album or custom DJ artwork) are a nice touch. But it’s the feel of the wheels in use that really makes it a pleasure to perform a set.

About the only thing I still don’t personally find intuitive are the ubiquitous multi-function pads, eight per deck. I realize that these are a fixture of virtually every controller on the market these days, but since each manufacturer chooses to use them in different ways, developing any sort of “muscle memory” has been impossible when you move around brands of controllers. Regardless, practice and familiarity will make perfect for someone who buys a PRIME 2, and those buttons will serve them well by triggering loops, cue points and the unit’s roll and slicer functions.

But I’d like to go back to the software for a moment, and specifically to what I think is what makes the PRIME 2 — not to mention other Denon DJ offerings with the same capability — a mobile-DJ “killer app.” It’s the ability to tap into a live streamed music library. While only Tidal is currently built-in as I finish this review, inMusic is promising additional services in the new future, such as SoundCloud. (According to the company, SoundCloud and Beatport LINK will be in the next public release.) But to be honest, the single biggest challenge I’ve experienced after moving from club work to mobile work is having the music people want to hear at the event I’ve been hired to work. You can talk ahead of time to the bride and groom, the event planner, the sponsor or whomever else all you want, but in my experience, all the preparation in the world will inevitably still leave you empty handed at some point during the event when someone requests something you didn’t anticipate. I carry around an extensive music collection, but it never fails.

In recent years, I’ve actually carried around an iPad with Spotify as a “just-in-case” solution, and it’s saved me multiple times. But having a service like Tidal integrated directly into the system is, in short, sublime. Denon DJ has done a great job of the integration, and it’s easy to find tracks by artist and/or track name. In my testing at home (which is admittedly over a gigabit internet connection), grabbing a track took just a few seconds. A few seconds longer, and the Engine OS will perform a complete song analysis on-the-fly, providing BPM and song key information, and mapping the beat grid automatically. I could call it nirvana — because it is. The PRIME 2 doesn’t play the stream live; it temporarily downloads a copy in full before playback begins, ensuring that there are no burps or gaps during playback. (Downloaded tracks are not permanently stored, but the metadata for the tracks is cached to whatever attached storage media is available.)

The only potential downsides would be the limitations of Tidal’s library — all the streaming services are missing certain things, although less so than in the early days — and whatever limitations you might have on internet connectivity at the venue. This is the biggest reason why your base music library is always going to be essential; I think we’re a long way away from performing DJ sets solely from a streaming service’s library.

Conclusions: Between the live Tidal streaming, and a really solid, well-designed, well-laid-out controller with myriad ways to get your digital music on-board, the Denon DJ PRIME 2 truly represents the state of the art in DJ standalone devices, and along with its Denon DJ siblings is ushering in a new era in the way DJs perform — especially for those in the demanding mobile segment. Selling at around $1,400 on the street, the PRIME 2 represents a $400 or so cost saving from the PRIME 4, while not compromising on power or usability. All I can say is that with choices like the PRIME 2, it’s a great time to be a working DJ. 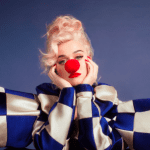 Katy Perry To Headline Tomorrowland Around The World 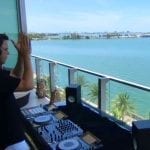