Like a lot of global DJ/artists, Jody Wisternoff was looking forward to a big 2020. He’d finished Nightwhisper, an emotive, 12-track, Anjunadeep album full of moving melodies and proggy club beats, and was keen on supporting it. But, as we all know, things went sideways in March, and here we are.

But even if you can’t go out and hear Wisternoff spin a live set, the album’s there for anyone to hear – and it’s a good one. Profoundly inspired by a manic year of playing big gigs nearly every weekend, yet returning home to his family and an ailing father, who eventually passed away, Wisternoff produced a deeply personal album, his first solo effort since 2012’s Trails We Blaze.

Cuts like “Emochine” encapsulate the full range of emotions that seem to have gone into the album’s making – nervy, pulsing beats bathed in cascading synths fade into hopeful, warmer synth lines before it all ratchets up again. Meanwhile, “Story of Light” matches aching string melodies with supple house beats – a moving mixture.

We caught up with the Bristol, England-based Wisternoff – still one-half of Way Out West with Nick Warren – to discuss the strange year, his creative process, and his splendid new full-length.

DJ Times: How have you been coping with the health crisis? What’s it like where you’re living?

Wisternoff: It’s just day-by-day, to be honest. Starting to accept what’s happened and adapt, instead of wallowing. We live in Bristol in the southwest U.K. It’s relatively rural and easy to find remote places to exercise, which is great. We also have a dog which is a blessing at a time like this. The most depressing thing is seeing all the closed pubs [laughs].

DJ Times: How are you using this sequestered time?

Wisternoff: Spending actual quality time – as opposed to recovery time – with my wife and kids, which is the biggest silver lining for touring DJs like us, who are normally overseas every weekend. I’m developing new studio skills, such as using Ableton Live as a live looper and making music in a live, jamming format, instead of the usual sequencing way. Learning how to live-stream properly. I’ve never been hugely into this side of things, to be totally honest, as it’s always felt a bit narcissistic – but it seems like a necessity for the time being. Doing a lot of pull-ups. Growing mad hair! D.I.Y. Drinking way too much wine. Making the most of this break because we might miss it when back on the road.

DJ Times: What have you learned from this era of social distancing and the situation in general?

Wisternoff: Whilst it is a necessity at the moment, this is an incredibly unnatural and cognitively disturbing way for human beings to live. We are social creatures who thrive on physical interaction. Whilst the kids – we have two – are still loving the fact that they don’t have to go to school, these scenarios are not sustainable moving forward and could have a damaging effect on the younger generation’s mental health. We’ve also realized how important healthcare/key workers are and it’s lovely to see everyone coming together and supporting them – big up the N.H.S.! As for the most important issue of all, I’d like to think this is having a positive effect on the environment, which will give our children a future.

DJ Times: Any themed songs for this weird time?

Wisternoff: The Specials’ “Ghost Town,” Yotto’s “Personal Space” and R.E.M.’s “It’s the End of the World as We Know It.”

Wisternoff: Ableton Live and [PreSonus] Studio One 4 are my DAWs of choice. I have a few select favorite plug-ins: Unfiltered Audio BYOME; [Wavesfactory] TrackSpacer; everything by FabFilter; Spectrasonics Keyscape; Xfer Records LFOTool; and [Wavosaur] RaveGenerator 2. My most-used hardware synths are the [Roland] SH-101, MacBeth M5N, [Roland] Jupiter-8, [Sequential Circuits] Prophet-5, and [Roland] TR-808 – so versatile if using separate outputs into a mixing desk. Also, I’m really vibing on the [Pioneer DJ] TORAIZ SQUID right now, finding step-sequencing quite inspiring and a refreshing approach to writing at the moment.

Wisternoff: I’ve been doing this for 30 years now and the process is always changing. Right now, I’m really enjoying trying to write in a live, jamming sense – using Ableton as a live looper, plus hardware sequencer, controllers, analog synths, etc. – whilst being stood up, as opposed to sitting down, and using it as a normal sequencer with VSTs, etc. Saying that, the majority of the critical work always happens in this traditional scenario. It’s also nice to work with different people. Whilst I’ve always collaborated with Nick Warren over the years for our Way Out West project – of which, we have some amazing new stuff in the pipeline – my current alliance with James Grant for Anjunadeep is producing some very exciting material. 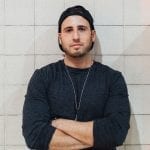 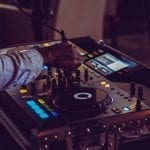