After dominating the airwaves with his latest release “Wake Up Dead” featuring Chris Brown, T-Pain has teamed up with BPM Supreme and the company’s new online sample library BPM Create, to introduce an official remix contest!

For the contest, T-Pain is on the search to find three brand new remixes of his hit single giving contestants the opportunity to compete for a chance to have their remix officially released on T-Pain’s digital music channels, as well as on T-Pain’s record label, Nappy Boy Entertainment.

“I’m pretty damn excited to bring this remix contest to all of my fans with help from my family at BPM Supreme and their new online sample library, BPM Create,” said T-Pain. “We’re looking for the freshest new DJs, producers, and remixers to bring us mega dope remixes. Let’s see what you got!”

T-Pain will announce the three winners during a free live stream event on BPM TV inside the BPM Supreme platform on August 22, 2020 at 4:00pm PDT. The live stream event will go hand in hand with the official launch of BPM Create, and all contestants will receive 25 free credits to use on the platform just for entering the contest.

In addition to an official release by T-Pain, three winners will also receive prizes from sponsors such as Roland, Artiphon, and Audionamix. 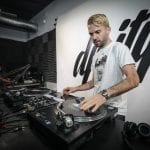 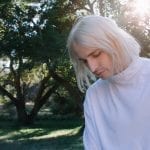