Despite the downturn in business due to the pandemic, some fortunate DJs are out there doing select gigs. Fully aware that the industry has quite a way to go before we’re approaching “normal” again, we connected with a few mobile entertainers to catch a general, anecdotal vibe about how things are progressing.

Joe Kalamaras of Sacramento Wedding DJs, a veteran of over 2,000 wedding events, is one jock who has continued performing throughout the state of California. As you might imagine, his approach to gigs by necessity have changed.

“We do lots of sanitizing of microphones and our other gear,” says the longtime entertainer. “We also perform new guest interactions with a program of our own, called PlaysYourSong [a DJ text request app], for distanced requests. It allows DJs to print their own QR code, place them near guests, and then easily receive requests from guests from a distance.”

But for Cody Reinheimer, a DJ in Durango, Col., it’s all about change of venue. “Outdoor gatherings on private land,” he says, “is how we do events this year.”

As a mobile DJ, how are you dealing with current state/national mandates for parties and gatherings?

Do you have any social-distancing game ideas?

Are brides cancelling venues and doing backyard parties/weddings instead?

Is it actually a DJ’s job to enforce mask protocols?

According to Kalamaras, who’s been working weddings for over three decades, his business has evolved into an interactive brand, combining a storytelling style with a soundtrack.

“With COVID in our lives, the emphasis actually continues to shift towards interaction,” he explains. “Since COVID entered our lives, 90-percent of our work has postponed into late 2020 and beyond. The remaining weddings have both scaled back and transitioned to private estates.”

Kalamaras says his role has encouraged distance and safety, without sacrificing the personal nature of what his company is doing.

“We sanitize label mics before applying them to the groom and even an officiant,” he explains. “We only use a microphone on a stand for toasts, and use a sanitizing wipe before inviting up each presenter.

“Prior to speeches, I ask those speaking to refrain from touching the microphone or stand and, if they do, then I wipe it down before introducing the following person.”

Kalamaras says game ideas he now integrates include “Kissing Couples,” “Centerpiece Giveaway,” “Newlywed Trivia,” “Newlywed Mad Libs,” a drinking game named “Never Have I Ever,” and a tableside elimination contest to determine the longest married couple, which transitions into the shoe game for that couple and the newlyweds… side-by-side.

“We have plenty more, but those are a few,” he adds. “During COVID weddings, I’ve noticed very few wearing masks and I don’t believe that it’s our job to enforce masks, but it’s our job to lead by example.”

Indiana-based jock Blake Eckelbarger (aka DJ Sticky Boots) says he’s fairly lucky there in his home state regarding restrictions, although his company will pay for it in the long run.

“Our local counties also have mask orders, but they’re not really enforceable,” the South Bend-based jock says. “A total of 250 guests cover all but the largest weddings I’ve got, so I’m back in business for the clients who are comfortable with still having their events.”

Sticky Boots had his first actual wedding of the year 2020 back on June 6, which included only 80 people. “At that time, we were limited to 100 maximum guests, but with more weddings since,” he says. “We’re now doing our part to be safe with wearing masks, taking digital requests, and keeping separate mics on stands for speeches—with sanitization between uses and a sanitizer for anyone that wants it at our DJ booth.

“We’ve also had a lot of weddings postpone as far as 18 more months out. Luckily, most of our guests are in fact postponing, and not cancelling altogether, although a few did that as well. They’ve also re-hired us for a small backyard celebration, with just 25 people on their actual wedding date in a couple weeks. Our main reception, meanwhile, will be next July with 300-plus people.”

Sticky Boots believes that it is the DJ’s job to enforce any COVID regulations. “But I’m happy to make announcements as an MC,” he says, “to remind people to be responsible and respect social distancing… at the client’s request.”

Pennsylvania’s Scott J. Goldoor of Signature DJs says the pandemic has been especially difficult for those, like him, who work gigs in the Philadelphia area.

“The three stages of re-opening are red, yellow and green, much like a traffic light,” explains the East Norriton-based jock. “The southeastern part of the state, which is where we’re located, just went to the green and final phase—basically allowing all businesses to re-open.

“The exception here is in Center City Philadelphia, where they retracted the opening of this green phase because of the recent spike and the increase in cases. They’re now targeting August 1 for this phase.”

In regard to performing, Goldoor says they’ve seen some signs of life. “No pun intended,” he said with a chuckle.

“We’ve recently booked a few pool parties, plus a couple smaller outdoor patio events for a couple dozen people here. We’ve also had a few more weddings scheduled for the end of this month. Most of these are at bed-and-breakfast locations, with outdoor pavilions, tents and the like, which lend themselves toward spreading people out.

“But most of the weddings that had scheduled are postponing until later this year, with a few in 2021, plus at least a few other events into 2022.”

Goldoor claims Signature DJs has had over 100 weddings reschedule so far, and fortunately had only those four or five weddings cancel altogether.

“As for the mask protocols—having us enforce or make these untimely announcements—I don’t feel it’s solely our responsibility,” he says. “But it’s important to work together with our venues, country clubs, hotels, etc., to ensure safety is of paramount importance and comes first.”

Over in Citrus Heights, Calif., Steve Schon of Function 45 Event Entertainment proudly says they’ve been in business for over 25 years. And as the owner and lead MC/DJ admits, he’s never seen changes in the industry like he’s seeing now.

“In order to stay on the move and stay in business, we have to be chameleon-like,” explains Schon. “We’re dealing with all the changes – like a no-dancing rule – by engaging guests in more interactivities, a bit more story-telling, plus taking musical requests from afar with a request app.

“But here in California, we also encourage couples to consider private estate and backyards, where the rules are more relaxed. The venues are the ones doing the cancellations, as they’re now being threatened with fines if they don’t comply – yikes.”

So far, he’s performed five wedding receptions since March, all without incident or disagreement over masks.

“Do I think it’s up to a DJ to enforce that rule? I don’t, but I’m also a team player,” Schon says. “But if my client feels it’s absolutely important, I’ll do what I can to encourage it. This could stressful enough for each of our couples.

“I encourage everyone to do their best to tuck your pride, and leave everyone feeling a little bit better than when you found them.” 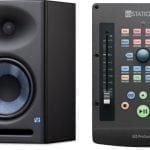 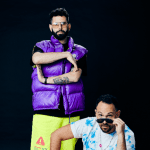