At the NAMM show in Anaheim, Calif., this past January, I got a demo of a product from a rather unexpected company: England’s Solid State Logic (SSL). For those who may not know, SSL was founded back in 1969, and is a legend in a specific niche of the market: the mixing console. Working across broadcast, education, installed sound, music production, post-production and professional touring audio, among other segments, SSL’s mixing consoles have been used worldwide on thousands of noteworthy projects and events. (The brand is distributed in the U.S. by the Farmingdale, N.Y.-based Group One Limited.)

Over the years, however, SSL has slowly, but surely expanded into an entirely different segment of the market, applying their console-centric expertise to somewhat lower-end products, including the Nucleus DAW and studio controller, and the SiX SuperAnalogue desktop mixer. How “low-end” these products are to the market is debatable, I suppose; a Nucleus 2 runs nearly $5,000, while the SiX mixer costs about $1,500 — suggesting that both are seeking a particular profile of end-user.

But back to NAMM… the product for which I received a demo was nowhere near those price points; in fact, the company’s new audio interfaces, the SSL 2 and the SSL 2+, are both in the sub-$300 range, bringing the company squarely into the home-studio “prosumer” space. The SSL 2 is a two-channel-in, two-channel-out, USB-C-based audio interface, while the SSL 2+ adds a couple of extra outputs and some other niceties.

To be honest, the audio interface market is a crowded one, and it takes a lot to really stand out. So, does SSL 2+ manage to do so? I recently had a chance to kick the tires on one for a bit to find out the answer.

Let’s start with who the SSL 2+ might be intended for. While it does have potential applications for DJs (something SSL’s web site does refer to), given that most digital DJs today are using controllers that have long since incorporated audio I/O, those applications are honestly fairly limited in my view. Where I think the SSL 2+ (and the SSL 2 for that matter) shines is for musicians and producers making music in home studios, and that’ll be where I focus this review.

To be certain, the SSL 2+ would be a really handsome addition to a home studio. Unlike many of its competitors, it’s not really designed to hide away at a corner of the desk; rather, it’s intended to be front-and-center and accessible. It’s a sexy-looking package with a plastic base, and a brushed aluminum top plate. Dominating the top is a chunky blue knob that serves as your volume control. To its left are controls for the two mono inputs; push-on/push-off buttons let you enable 48-volt phantom power for your condenser mics should you be recording vocals and the like, while a pair of additional buttons on each channel let you configure line and instrument levels. Each channel also includes a five-segment LED to display input levels, plus rotary gain knobs.

SSL also included a “Legacy 4K” button for each channel. And no, this has nothing to do with hi-def TV; rather “4K” is a reference to SSL’s legendary 4000 Series consoles. When enabled, the button dials in a high- frequency EQ boost and a tiny bit of harmonic distortion. The intent is to slightly color the incoming sound and provide SSL 4000-like character. To be clear, if your studio workflows are entirely electronic (i.e., you’re not recording vocals or instruments like guitars), these buttons don’t provide much value, unless you create a loopback into your DAW, and run samples through it. But for someone like me who works across genres and, in fact, does the occasional vocal or instrument recording in my home studio, I did find that they added a slight, but interesting boost to the incoming signal, delivering on their promise.

Also, on the top panel sit knobs for the monitoring balance (which provides a latency-free way to monitor vocal or instrument recording), along with a pair of volume control knobs corresponding to the two headphone outputs that the SSL 2+ provides. In short, it’s everything you need for a two-person collaboration where, for example, one person is managing the recording, and the other is providing vocals during a recording session.

On the back panel, the SSL 2+ provides Neutrik dual XLR/TRS connectors for its instrument or microphone connections. Main (channel 1/2) outs are provided with both TRS and RCA, while the channel 3/4 outputs go to RCA only, and are designed for line level inputs, such as those found on DJ mixers. I already mentioned the dual ¼-inch TRS headphone jacks — separately controllable — and finally, there are a pair of standard 5- pin DIN MIDI connectors — one in, and one out. Worth mentioning is that the SSL 2 and 2+ use a USB 2.0 Type C connector, as mentioned earlier, and the company includes both a Type C to C cable for newer computers, as well as a Type C to A cable for older ones. 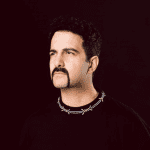 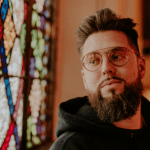 Tchami: Confessions Of A Future-House Pioneer