After rumors began to swirl surrounding the iconic group, Pendulum, releasing new music after playing out unreleased productions during their latest live tour….the wait is finally over! For the first time in a decade, Pendulum has released their newest offering coming in the form of “Driver.”

This relentless drum ‘n’ bass weapon officially opens up the floodgates for the group when it comes to new music with their second single “Nothing For Free” which will be premiered on BBC Radio 1 with Annie Mac tonight.

“We’ve been working on some new tracks for a while now and it’s great to finally get them out. We’d been playing exclusive previews of some of the new music at shows in Australia and New Zealand before lockdown, and we’ve been making tweaks along the way to make sure they’re right.” said Rob Swire.

Serving as one of the true highlights of what has been a forgettable year, with Pendulum dropping two new tracks in a 48-hour window breaking decade long hiatus, it’s safe to assume there is a album on the way!

Feel the fury of Pendulum’s new single “Driver” below. 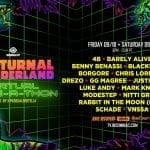 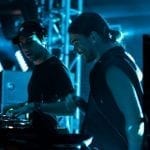