Renowned for his fierce, dancefloor-friendly arrangements, Ben Gold is one of trance music’s most prolific and versatile artists, electrifying a global fan base with his perfectionist approach to DJing and production.

Fresh from the success of 2019’s sophomore album on Armada, Sound Advice (Chapter Two), and his collaborations with Ukrainian talent Omnia (as FUTURECODE), the British-born DJ was set to consolidate in 2020 with a string of summer-festival appearances. However, in a familiar story, COVID-19 wrecked the DJ/producer’s plans, forcing him to re-evaluate his short-term career path.

In typically enthusiastic fashion, Gold embraced live video streaming, metamorphosing his “Open to Close” live concept into a two-hour streaming event and embarking on an ambitious “24 Hours of Trance Classics” set. In addition to maintaining his BenGoldMusic channel on Twitch TV, Gold’s mixes are also available on other platforms like SoundCloud, Instagram and Facebook. We caught up with the Amsterdam-based Gold to discover how live streaming has rejuvenated his passion for DJing.

DJ Times: Amsterdam is such a social area – so how’s lockdown been for you?

Ben Gold: At the start, I was pretty concerned about what would happen to my livelihood and asked myself the obvious questions about whether clubs were going to close and festivals be cancelled. It would have been easy to spiral into bad mental health, but it actually ended up being perfect. I was going to Dubai at the last week of March for a much-needed rest and now realize I needed to have a much lengthier break. As a consequence, I’ve been able to press pause on my life and bring everything into focus. Now I find I have a really clear vision of what I want to do moving forward as an artist and a brand.

DJ Times: When did you decide that video streaming would be a good idea?
Gold: Quite early on – although I didn’t really plan it and wasn’t a Twitch user before I decided to use it as a streaming platform. To get help setting up, I bought a MacBook that was powerful enough to stream from and spoke to a friend of mind in Montreal who streams seminars for a living. The first stream was a six-hour set, and the week after I did a three-hour “Who’s Afraid of 138?!” special.

DJ Times: Rather ambitiously, you also performed a 24-hour stream as well…
Gold: That was one of my favorite streams throughout this whole lockdown period. The set was “24 Hours of Trance Classics” streamed live over three eight-hour periods. The initial idea was to do an extended set of trance classics, but I found that I loved doing these long mixes and was starting to build a community of regular viewers and streamers coming back to the chat room. I also dusted off some old hard drives, found a bunch of unreleased tracks and DJed my entire discography in just over10 hours. There were almost 140 tracks, which was actually quite emotional, as I’d completely forgotten how some of them sounded.

DJ Times: What happened to the open-to-close concept you had planned for this year?
Gold: I was really looking forward to playing a series of open-to-close shows that I’d planned for after the summer. I’d written music exclusively for these shows, but there’s a very slim chance of any of them going ahead this year. So I’ve been working tirelessly to change the concept into a regular weekly stream. It’ll be a two-hour show with only the latest and best melodic house, techno and trance, mixed live in the style of a mini-open-to-close set where the viewer can feel the same energy in the music, visuals and performance, as they would if they were actually there.

DJ Times: Has streaming changed how you present yourself as a DJ/perfomer?
Gold: I’ve really embraced streaming and think it’s the way forward. At festivals, you’re constrained to playing one hour and I’ve always treated those sets as a power-hour where I play the best records I’ve got, mixed in a way that’s designed to create a few really big moments. You don’t have to think too much when you’re up there because everything’s planned. But what I’ve really missed as a DJ is reading a crowd and going on a journey with a beginning and an end. Pre-COVID, there wasn’t many opportunities to do that, but with the benefit of streaming, you can take as much time as you want to tell that story and show a side to you that maybe 80-percent of your fan base has never seen.

DJ Times: Did live-streaming feel strange at first?
Gold: I’m quite an energetic performer. Loud music gets my blood going and that’s something I want to bring across to the audience, so it did feel a bit strange having no one in front of me. But I had a few beers before the first couple of streams to loosen up a little [laughs].

DJ Times: Where are you sourcing tracks from?
Gold: When I realized streaming was likely to become more regular, I upgraded to a Pioneer XDJ-RX2 with USB. Normally, I’d use four CDJs – two to play on and the others to search through tracks. Now I’m playing from and planning my music in rekordbox using separate laptops. To be honest, if you can mix and DJ, it doesn’t really matter what you’ve got. You’ll make it work.

DJ Times: Is it possible to monetize these streamed gigs in a meaningful way?
Gold: Due to all the 24-hour, trance-classic sets, I received partner status on Twitch and that’s enabled me to start earning money. People can subscribe to your channel, make donations or gift subscriptions to people they don’t even know, which is incredibly generous. It doesn’t pay all the bills, but it certainly contributes to the loss of earnings from not touring.

DJ Times: What copyrighting challenges are you encountering when it comes to streaming content?
Gold: I was finding that Twitch had put some silences into my audio where copyright had flagged up tracks that I maybe shouldn’t have played, and they also told us we can’t keep those streams or clips available on their service after they’ve been viewed. We’re now looking towards YouTube and SoundCloud to put these sets online after the event.

DJ Times: What music have you been working on in lockdown?
Gold: I’ve just released a remix of Simon Patterson’s “Blink,” which I premiered at A State of Trance 950. Seventy-five-percent of the music was brand-new to that set and my releases were all primed to be promoted, and then “boom” – no shows. A week before lockdown, I was in England writing two new records with Roxanne Emery and I’m excited about a new batch of music I’ve been making because I somehow feel closer to it. Maybe that’s because I’ve been reminiscing over my discography, although it also helps that I’m no longer running to the airport all of the time! 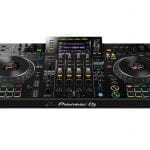 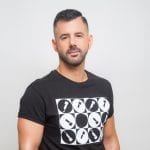