When it comes to the trap music genre, YehMe2 is one of the first names to come to mind being an artist who is one of the early pioneers of the genre and continues to push it forward with a career spanning over a decade.

This weekend he will be showcasing the bone-rattling sounds of the genre during a very special “trap history” set during Proximity, Brownies & Lemonade, and Keel‘s Digital Mirage Friendsgiving live stream.

Before he takes electronic dance music lovers on a trip down memory lane Friday night, the Chicago native took the time to share a handful of the genre’s finest offerings while giving the inside scoop on each track.

Check out the list of these iconic trap anthems courtesy of YehMe2 below and be sure to tune into Digital Mirage Friendsgiving on November 27th and 28th. Enjoy!

“The epitome of slap. I remember hearing this in the UK on tour and thinking “WTF is that???” Horn based trap is basically a subgenre in and of itself, and this is one of my favorite OG brass bangers.”

“Another UK artist who made their massive impact on Trap was Hucci. Such a distinct sound, nobody’s snare hit like his. HUCCI. GOOD. I remember finishing up the Flosstradamus – Banned 2 mixtape and blending this track w/ Gucci Mane – Trap Back. It was my favorite moment on my favorite mix I’ve made.”

“Chicago Drill hit it’s stride around the same time EDM and Trap merged so to have Katie Got Bandz on a banger with a huge fucking drop is rare and amazing.”

“I remember being in my apartment listening to the original version of this song and thinking I wanted to make an edit of this with halftime drums for our sets. So I hit Diplo on AIM for the stems and he obliged as long as I’d play him whatever I made before I uploaded it to Soundcloud. I knocked this remix out in an evening and the rest is history. Damn son, where’d ya find this?!”

I had been working on a remix for another artist but I wasn’t really feeling the way the drums fit over the original so I bounced out just the drums and sent them to Sliink. All of the vocal chops and samples you hear cut over that track, Sliink cut around the instrumental. The end result is one of the bouncier joints to come out of this era.

“You ever cry in a mosh pit? I have. To this song. The perfect balance of hard and soft and it still goes off to this day.”

“It’s hard to remix a classic song. A lot of times when someone approaches you to remix a song that is already a massive hit, you have to decide whether you want to break it completely down and rebuild it as your own, or make your edits sparse and keep the integrity of the original. This remix is the perfect blend of those two approaches. It has it’s own unique flavor but keeps the best parts of the original.”

“This was the first song I heard from Snake and the moment I heard it I knew this dude was going to be a serious problem. Before Turn Down For What, this dude was already putting in some serious work in the Trap genre. Always walking the tightrope between weirdo art shit and pop.”

“Shortly after we (Flosstradamus) started seeing a little bit of success from the songs we were uploading to Soundcloud I started thinking about putting together a mixtape, but I didn’t have many other Trap songs to pull from since the genre didn’t really exist. So I put out a call for demos from like minded producers over social media and that was how I found Baauer and RL Grime. Baauer sent demo versions of Harlem Shake and this song Swerve. We all know what happened with the other song, but this lesser known track is one of my favorites.” 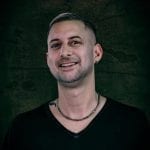 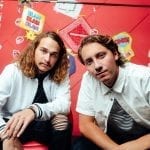