PreSonus is one of those companies that, quite frankly, seems to have its fingers in a little bit of everything musical.

The Baton Rouge, La.-based company knocks out some pretty impressive live-sound products, including console and rack mixers, and loudspeakers for both installed and mobile applications. The company is right at home in the studio, too, with some terrific studio monitors (one of which, the Eris E8 XT I reviewed earlier this year), control surfaces (I’ve reviewed their FaderPort in the past), audio interfaces (check my ioStation 24c review previously), and various other gear (one of their Studio Channel strips has been in my studio for years).

And as if all of that’s not enough, the company makes software — including its own DAW, Studio One. To be candid, I’m not sure how they keep track of it all.

But speaking of control surfaces, while it seems like everyone and their cousin is making some sort of DAW controller these days, PreSonus has made an impression with its FaderPort series — all of which work with a range of DAWs, and provide motorized faders that deliver a closer integration with more usability than controllers with non-motorized faders that can be out-of-sync with the reality of the DAW’s configuration.

I hadn’t had a chance to put my fingers on PreSonus’ latest controller series, however — at least not until now, with a hands-on look at the ATOM SQ, a performance and production controller specifically designed for beats-based music like EDM and hip-hop. So how is it?

The ATOM SQ is a compact unit, measuring just an inch tall, about 7-inches deep, and a bit over 14-inches wide. Those dimensions make the controller supremely portable, and the fact that its bright LED illuminated buttons and small color LCD display are all bus-powered, it means that no bulky power brick is needed whether in the studio or on the go (and it’s certainly small enough to tuck in a backpack)

On the back panel, there’s just two items of interest – a USB-C connector, and a Kensington lock port. On the business side — the top — the view is dominated by eight large knobs that seem designed with ergonomics and accuracy in mind (they feel incredibly good in the fingers), along with a massive array of rubberized, backlit pads that will be familiar to nearly everyone at this point, as they’re the same style used on countless DJ controllers, as well as control surfaces from pretty much every manufacturer.

If you’ve been around the block awhile, you’ll pretty much immediately see the primary buttons of the ATOM SQ for what they are: an input device for melodic material, as well as TR-style beat sequencing. Indeed, the unit supports both types of use cases.

Beyond that, the ATOM SQ provides DAW navigation and transport controls that let you do more with less — as in, less mousing around.

PreSonus has somewhat conspicuously been working with some folks over in Germany lately, namely Ableton — makers of Ableton Live, the DAW software I primarily use. Indeed, the company bundles the Lite version of the software both with the ATOM SQ, and the ioStation 24c that I reviewed earlier this year. But beyond the software bundle, the ATOM SQ works automatically and straight out of the box with Ableton Live; the software auto-configures when you plug in the ATOM SQ, and it’s ready to go with full integration and no set-up, configuration or tinkering. (Ableton Live 10.1.15 or higher is required, however.)

But, the ATOM SQ also works nicely with PreSonus’ own Studio One DAW. It is with Studio One that you can use the ATOM SQ for step-sequencer programming, as well as navigation, transport control, and automatic switching of keyboard and drum modes depending on the selected instrument in the software.

The unit isn’t limited to these two DAWs, however; with support for Mackie Control (MCU) and Human User Interface (HUI) protocols, it can be used with any DAW that supports one or the other. The integration is not as tight, of course, and additional set up may be required to get the unit to do what you want when not using Live or Studio One.

As an Ableton Live user, that was my platform of choice for testing the ATOM SQ. It’s important to note that the behavior is a bit different with Studio One (I already mentioned the step-sequencing capabilities there). But using the unit with Live left me pretty impressed.

One of my complaints with pad controllers is that sensitivity can be a little strange; because there’s almost no physical key travel, getting the touch and responsiveness right can be really difficult. But the ATOM SQ seems to provide a touch and feel that’s about as good as it gets when I tried using it for melodic material. It also operates in a key-constraint mode, so you literally can’t play a wrong note.

But playing melodies isn’t the ATOM SQ’s only use case; it’s also about simply making it easier to control Live and do your studio (or performance) work. With Live, the ATOM SQ has two primary modes of operation: Song mode, and Instrument mode. (There’s also Editor mode for controlling a device, and User mode which can be customized with Live’s MIDI mapping.) The mode is selected with dedicated buttons on the right side of the ATOM SQ. In the primary modes (Song and Instrument), certain collections of buttons and other controls work differently, requiring some getting used to. PreSonus’ excellent documentation provides the full details.

As the names suggest, Song mode controls various aspects of the Live project as a whole, while Instrument mode is primarily for controlling the currently selected track. Rather like the pad buttons on a typical DJ controller, the ATOM SQ’s “A through H buttons” are somewhat generic; I especially like them in Song mode where they allow you to toggle and tailor Live’s views.

The coolest part of the ATOM SQ — the backlit color LCD screen, surrounded by buttons — also context-switches. In the four operating modes, the display clearly shows the function of the six buttons that are above and below the display. The display itself also shows contextual information in its center area. For example, as you navigate tracks in a project, the track name is shown on the display, so you know what your actions are going to act against.

In Live, the ATOM SQ’s chunks knobs allow you to adjust levels of volume, pan, and six sends, while the touch strip can be used for expressive controls in Instrument mode, or as a crossfader in Song mode.

The PreSonus ATOM SQ is an innovative, easy-to-setup and easy-to-use DAW controller that has all the basics covered in a compact, affordable package. With a street price of just under $250, it adds a lot of value and utility to your DAW — especially if you use Studio One or Ableton Live (entry-level versions of each are included in the package) — but can also be configured for use with most other DAWs as well. If you’re in the market for a DAW controller, the ATOM SQ is definitely worth consideration. 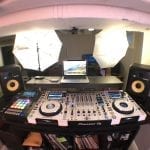 Live-Streaming: The Basics & More on the DJ’s New Platform 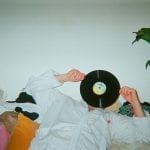