We recently posed a question to DJs from around the country: When you’re not DJing, do you read crowds? Where do you do it, and how does it influence your programming?

The replies, we believe, were instructive, so we decided to share them:

Steve Owen, Some Guys Entertainment, Chicago: “Absolutely. I’m always listening and considering the songs I hear in public, whether that’s from a DJ or background music in a store/restaurant or from another car on the road. What song is this? How does it fit? What’s the vibe? Could I ever play this? What other songs would go well with it?

“I’m also paying attention when I hear an MC or even a flight attendant making announcements. How do they get everyone’s attention? How do they refine their statement? How economical is their word choice? All of this drives my wife nuts …

David A. Thatcher, D.A.T Events, Surrey, U.K.: “I will always watch crowd movement before playing a track. Pop music is what is popular, so everything I hear in bars, clubs, adverts and more guides me. It really depends where you are, but I just listen to what the ‘average’ person does. It gives an idea. If you are a club DJ, ignore this, and do what you think. But for ‘average’ crowds, it works because no one really takes offense. Middle-of-the-road won’t get you known, but done well, it will get you bookings.”

Dennis Bosse, Steps & Sounds, Windsor, Conn.: “Yes, reading crowds, reading performers – live musicians and DJs – checking out staging, checking out lighting, you name it. There is no end to learning. Also, when people are giving speeches, etc. It may be sad. I spend more time critiquing and trying to pick up tips and tricks, I miss the message.”

Michael Cataldi, Ellagant Entertainment, Queen Creek, Ariz.: “I love the music played in Target stores. I see people often bopping along when a cool song comes on. I probably Shazam at least one track every time I go there.”

David Trigg, Revive Events, Medford, Ore.: “Target, yes. Always know a fresh track when I hear it and – bam! – out comes the phone. At least I know now I’m not the only one where the wife is like, ‘Why the hell are you holding your phone to the ceiling?’”

Michael Alevras, LB Entertainment, Newburgh, N.Y.: “One of my favorite places to read a crowd, see reactions, and to consider other songs for my own events is at sporting events. Music plays such a big role in setting the tone for the home team, to get the crowd motivated as well as the athletes.

“A recent example is the song ‘Blow’ from Ed Sheeran, Chris Stapleton and Bruno Mars. I heard the song being used by the minor-league baseball team I do consulting work for. They used it as a hype track right before the game began. I liked the song so much… I chose it as the song for the big video I edit I made for the DJ Expo Entertainer of the Year competition in 2019.”

Tony Fernandez, Soundwave Productions, Richmond, Va.: “I read crowds at restaurants, wherever there is background music playing. And it influences my song selection all the time. I’m always in ‘seek-music’ mode, whether I’m at the mall, a store, the gas station, a restaurant, watching a movie, TV show, commercial. I always have my ear and brain on scan. So when I do hear something that I like, I either Google it or Shazam it. Once I get it, I figure out if I can work it into the set. I’m always on the prowl.

“I remember a few years back, the NFL used ‘Rose Rouge’ [by St Germain] in a commercial. I lost my mind. I knew that song, didn’t ever expect to hear it in that forum. Google used a gospel-influenced house record a few years back from DJ Spen. Coca-Cola used Basement Jaxx for a campaign.

“Whoever does the marketing for Target is on-point. They always use very cool, catchy tracks — Sofi Tukker, Meghan Trainor, Sam Smith. Idris Elba had a series on Netflix called ‘Turn Up Charlie.’ It was about a DJ. I was constantly Shazaming songs from that show.”

Gregg Hollmann, Ambient DJs, E. Windsor, N.J.: “I enjoy checking out DJs at restaurants, bars and lounges in the late-night hours after my own gigs. I like to observe if the DJ is mixing and trying to tell a musical story – and if so, how is the crowd reacting. I’ve found that track selection trumps mixing ability in winning over most audiences – and, in fact, that virtually no transitions are required so long as the DJ picks good songs and maintains a general vibe. These observations have influenced my own performances in that I eliminate marginal filler songs, and also utilize a tight mixing style that trims or eliminates low-energy sections.”

Gerry Siracusa, Golden Note Entertainment, Wayne, N.J.: “Yes, sports venues — most of the times pro and college venues hit the same playlist. Sometimes you get the creative programmer that gets a crowd to react by ignoring the playbook. Most of that stuff can be brought to our dancefloors. And I check out bars, not clubs. At clubs, people come to dance; at a bar, they have to be motivated to dance where they are.

“Also, movies. I always look for ‘dog- whistle’ moments. When a dog hears the dog whistle, their head goes up and they can’t help, but react. People respond the same way to a great song. Those songs are sparks to a dancefloor. I heard ‘Can’t Stop the Feeling’ by Justin Timberlake the day it dropped at a local bar. I knew it was coming, but heard it there first. ‘Guardians of the Galaxy’ — holy upbeat background!

“I heard a re-drum of ‘Your Love’ by The Outfield at a college basketball game. Researched a bunch of sites until I found it. Now I play it all the time.”

Keith Alan, Keith Alan Productions, Prospect, Conn.: “I’m always looking and listening at every event I attend. But I’m not just looking at the dancefloor, I’m watching the tables. What I’m looking for are the finger taps, the toe taps and the ‘chair dancers.’ My phone is always out for taking notes and, in some cases, to Shazam the song as a note taker. I will also admit I don’t know every song.

“One of the other things I observe is the way people are talking to each other at different stages of the event. During the dinner hour, if people are leaning into the person next to them, that tells me the music is too loud for that stage of the event.

“I also watch the way new songs are introduced. When they get played, what’s in front and what backs it. I pay attention to their intro – slammed in or beat-mixed. Breaking in new songs is just as important as knowing when the ‘bangers,’ as the new crop of DJs call them, have run their course.” 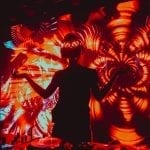 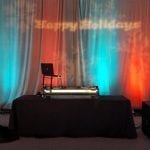