Building a cult following as part of a new wave of Japanese producers, Lycoriscoris had returned to Anjunadeep with his new album Chiyu which serves as a music journey combining dreamy soundscapes with modern electronica.

Composed throughout 2020, Chiyu documents Senoo’s journey of reflection and recovery. Check out Lycoriscoris’ exclusive breakdown of Chiyu below.

“Memories and retrospection are the fundamental concepts that inspire my music. For instance, my own artist name plays on the name of the Lycoris flower. In Japan, it’s often found near cemeteries, which is of course a dark connotation – however, one day when searching in the Language of Flowers (Floriography) I discovered that the word Lycoris also means “I’m looking forward to seeing you again. I realized how this dark flower also hides a beautiful and positive message. I think my music, and my new album ‘Chiyu’, has the same kind of dualism as the Lycoris flower.”

It means “turning” in English. There is a contrast with the previous album, which means “flight”. It suggests that people will return to where they belong.

It means “to sink”. I named this song with the image of a deep sinking.

It means “to heal.” The song “Saisei” on the compilation has two meanings, “to be reborn” and “to come back to life”, while “Chiyu” means to be cured of an illness or injury. Both have quite similar meanings but slightly different uses. For example, “Saisei” can be used to refer to a city or an object and organism, but not to a person. On the contrary, for example, lizards regenerate when their tails are cut off, so using “Chiyu” for this would be a bit unnatural. “Chiyu” is used when a person is cured of an illness or mental problem. “Chiyu” is not used when a lizard’s tail is regenerated. On the contrary, when a person is cured of an illness, the word “regeneration” is not used. I chose this title because I want to use “Chiyu” as a metaphor for the resolution of human problems.

It is used in situations such as “He reminds me of his father.” This is a song that triggers you to remember something.

It means “Prayer”. No other explanation is necessary.

It means “life”. It is mainly used for all living things. It is not used to describe a person’s life.

It means things are changing. It is sad and beautiful at the same time, because all things are in flux and no two moments are the same. All life is short, but I think that’s why people live it so hard. The song is like a hymn to Humanity.

Means “dream”. In the end, the album ends by suggesting whether this is real or a dream. 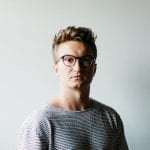 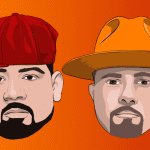