Electronic music and video games have gone hand-in-hand since gaming began in the 1970s, with the relationship only getting stronger with time. But these days, it’s reached an especially close bond – and DJs are helping to lead the way.

For the past half-decade, both industries have continued to grow. DJ-driven electronic dance music has maintained its hold on the youth culture, while video-streaming/competitive gaming has become a hobby that can be monetized. (The gaming industry now reaches a reported 2.5 billion players and generates $150 billion in annual revenue.) But it wasn’t until 2020 that the two worlds completely collided.

With the pandemic causing the world to shut down, everyone was forced to stay home. It was devastating news for the DJ community, but the world of gaming grew stronger. So where did this nexus begin?

The Seeds: Since 2011, the Amazon-owned Twitch.tv has been the go-to platform for video-game live-streaming, and it quickly exploded in popularity with the emergence of esports. Easy to use for both streamers and viewers, Twitch would soon make expansions into non-gaming content, becoming an all-in-one streaming platform.

When COVID halted live events, DJs flocked to Twitch, using the platform to deliver live-stream sets and offer studio sessions, while using Twitch’s live-chat features to interact with fans at a personal level unlike ever before. With no gigs on tap for DJs, it became a dramatically useful branding tool.

Jauz is one headlining DJ/producer who has used Twitch to his benefit, especially during lockdown. By live-streaming both his gaming and his “day-to-day life in the studio,” he says, he’s able to stay connected to fans in a unique way. 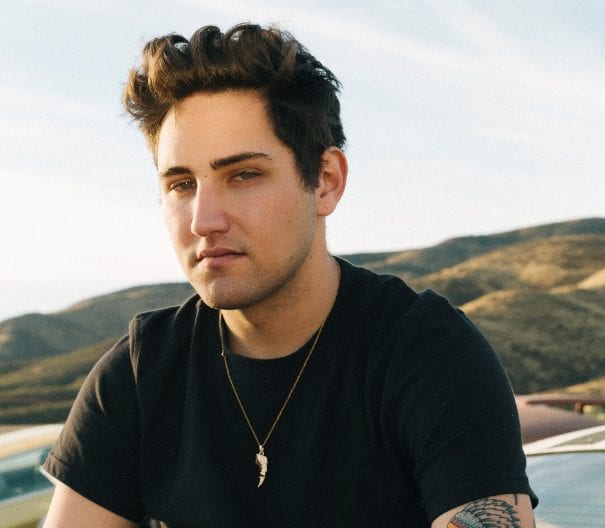 “It almost feels like I’ve started to develop a new fanbase through streaming,” says the Jauz. “It’s kids who may not have always gone to shows, but listen to the music and were already super-involved in the Twitch/live-streaming communities, who used this opportunity to become more involved with the artists they care about.”

There was a time when playing video games was merely a hobby for global DJs on their days off, layovers, and long flights. But now they’re showcasing their skills to fans and, in some cases, even playing alongside them. Those DJs who weren’t into gaming took advantage of the live chat, with the stream hosting virtual hangouts with fans or Twitch users who may have just stumbled across their channel. 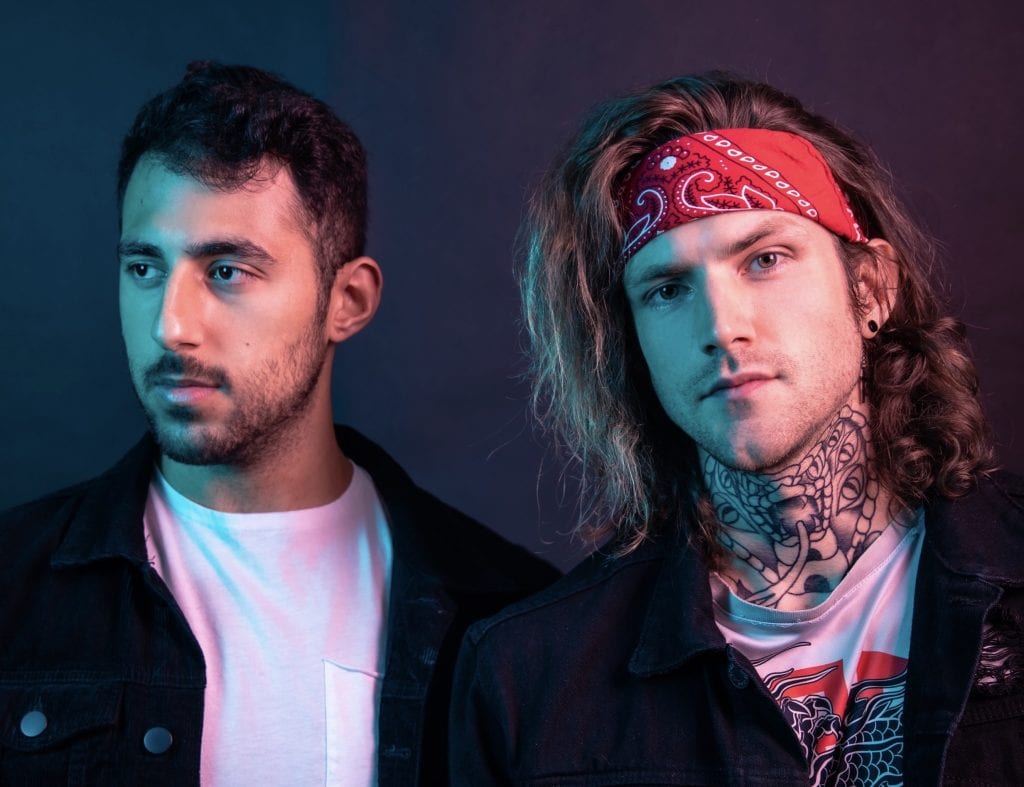 Says Bentley Montes of the L.A.-based duo Pixel Terror: “Streaming games, as well as just being involved in the overarching streaming world – we spend most of our time doing music-production streams – has opened doors to new kinds of followers and developed personal relationships with our fans that we never would have thought possible.” 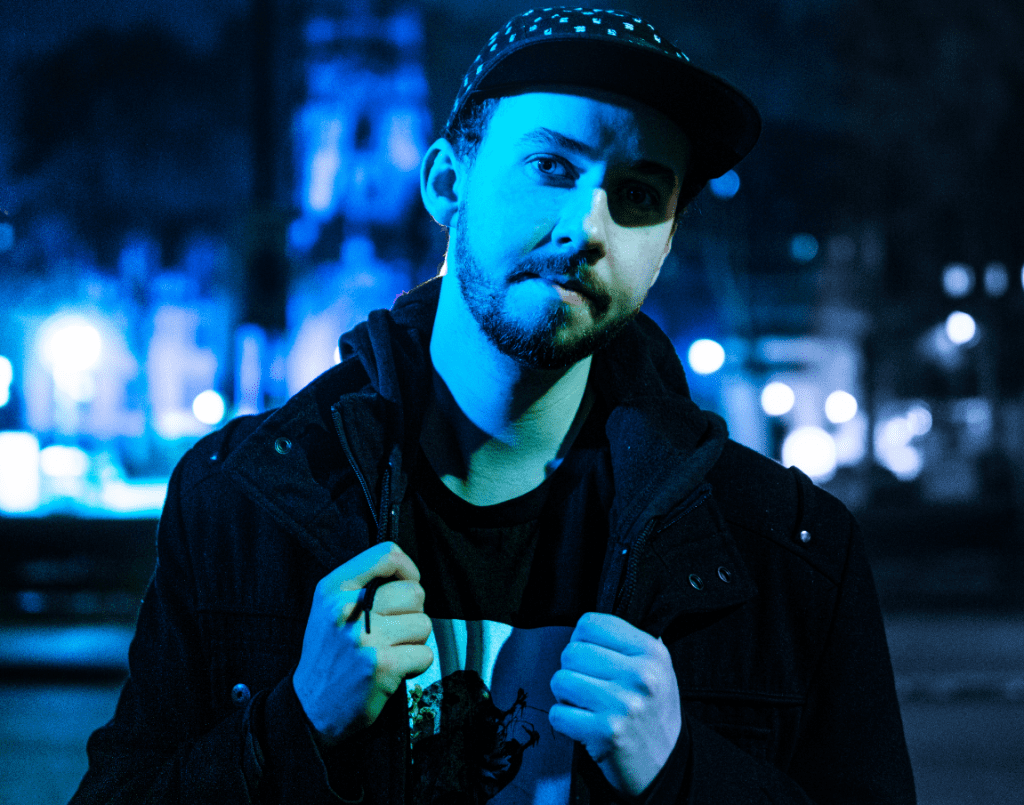 Adds Protostar, a longtime Twitch streamer: “This year, I have spent most of my stream time within Virtual Reality and it has been amazing to be able to connect with fans that way in a game, especially when it is mainly just about hanging out and connecting.”

In addition to helping DJs build their brands and showcase their personalities, Twitch allows them to monetize their Twitch presence by having fans subscribe to their channels. For a $4.99 monthly fee, the user gets access to unique content from the DJ’s channel. Twitch channels that reach certain benchmarks on the platform can achieve “affiliate” status and “partner” status, which allows them to cash in. 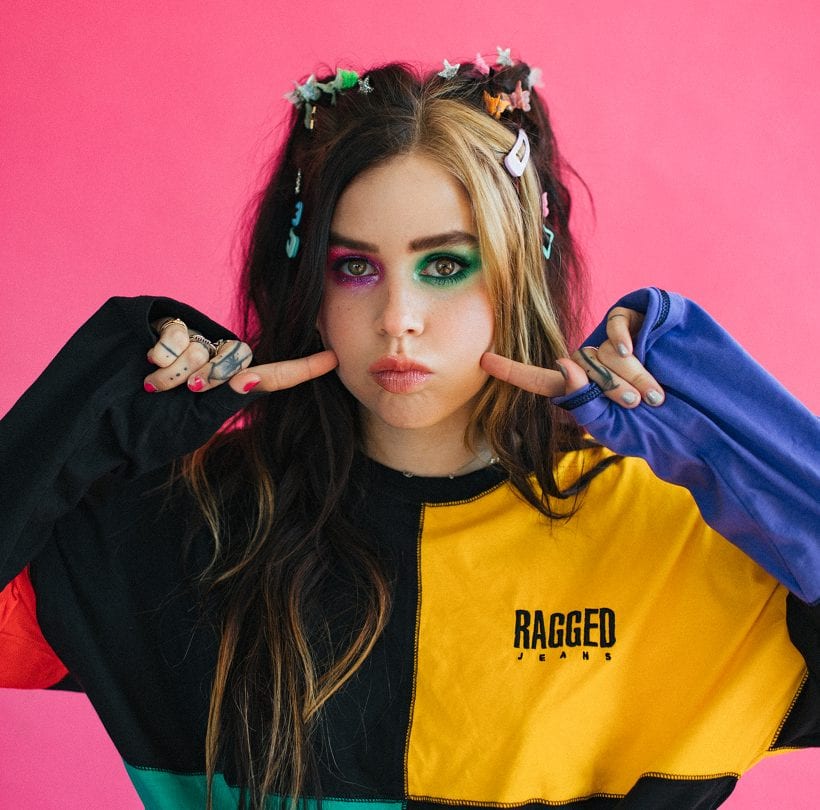 “Streaming/gaming has always been a huge part of my life,” says CRAY, whose Twitch channel has nearly 60,000 followers. “But with the absence of shows, it’s been super-special to still be able to connect to my fans on a daily basis – and have fun. I think gaming and music have always been closely related and I think we should live-stream all the shows we can, even after the pandemic.” 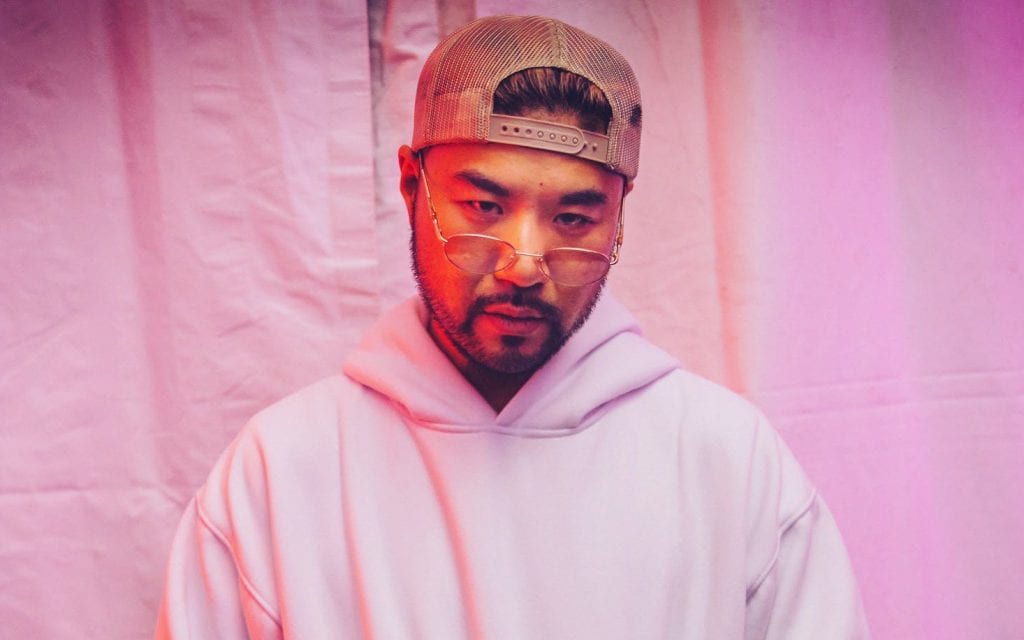 “It’s been an amazing way to stay connected with fans other DJs,” said Wax Motif, “I’ve ended up spending more time ‘virtually’ with people like Chris Lake or Holy Goof than I did before lockdown. On the side of the fan, it’s given me a way to engage without feeling like it’s work.”

Music in Gaming: Tracks getting signed to film, TV, ads, or video games is nothing new. But with gaming seeing billions of players yearly with a younger-trending demo, it is now considered a resource similar to radio play for artists to get in front of new fans. Accordingly, Canadian electronic dance music label Monstercat looks to change the relationship between gaming and electronic-music forever by delivering the freshest beats into the ears of the next generation of music fans.

After launching in 2011, Monstercat has become an industry powerhouse to the point that pumps out six releases a week. With no genre being off-limits across its three brands (Uncaged, Instinct, and Silk), the label has made its presence felt throughout the video-game world, providing soundtrack albums for Beat Saber and free-to-play games like Fortnite and Rocket League. 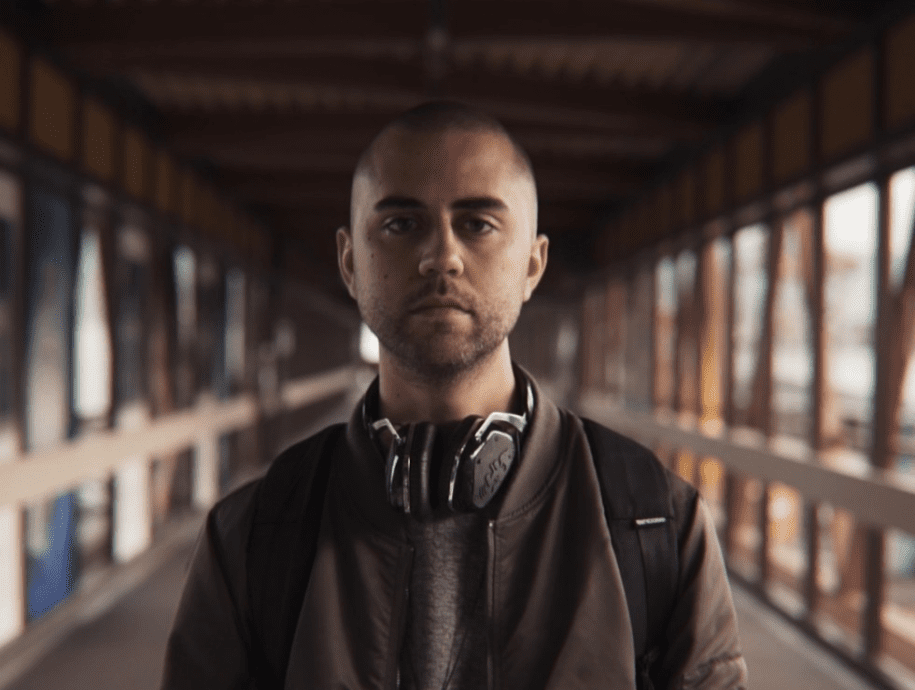 “Music has always been synonymous with gaming, through the soundtracking of epic gaming moments, game reveals, and organic interactions between gamers and artists,” says Gavin Johnson, Monstercat’s Head of Gaming. “At Monstercat, we look to integrate our artists into every facet of gaming through long-term partnerships with innovative brands and creators. As players continue to utilize games as tools for music discovery, artists are accessing new fanbases they wouldn’t otherwise be connecting with around the world.

“During our current campaign with Kaskade, we’ve released his four-track ‘Reset’ EP in partnership with Epic Games over a multi-month period, with in-game music and item drops in both Rocket League and Fortnite, which has culminated in a concert in Party Royale [Fortnite’s in-game party]. This project has resulted in millions of streams across music platforms, from soundtracking the experience of millions of players.”

So, what does the future hold for this evolving nexus of DJ-driven electronic music and the gaming world? For now, the DJs are bullish.

Says Jauz: “It’s been really cool to see things like Fortnite’s concert they’ve been putting on, Rocket League featuring tons of awesome dance music in-game. I think we’re just at the tip of the iceberg here. I know from personal experience that video-game culture and electronic music are inextricably tied to one another – so, in my mind, the future is pretty limitless.” 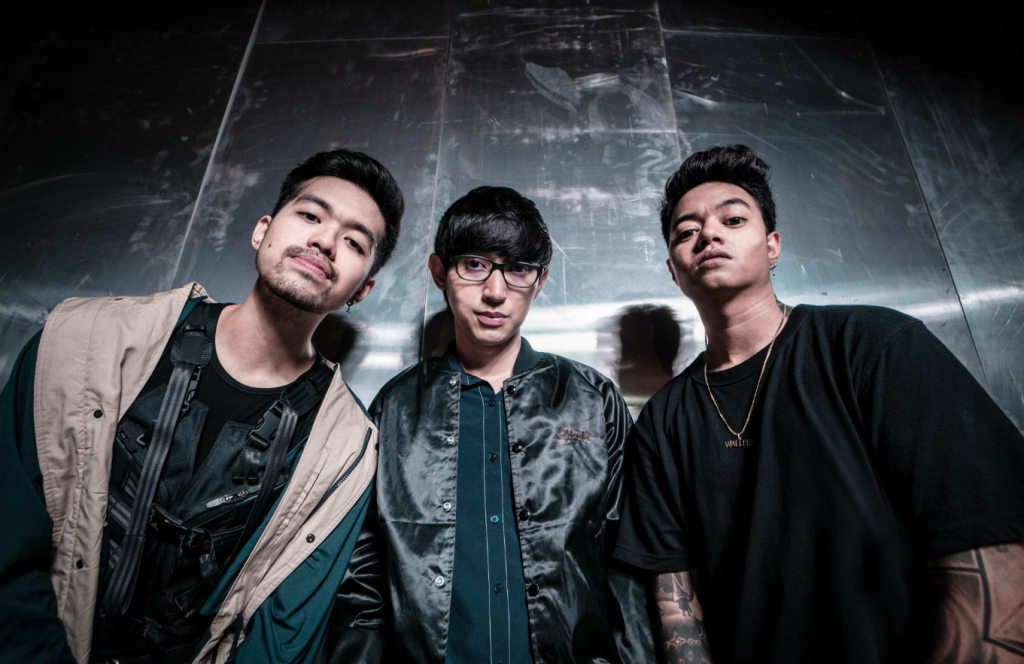 “I have some visions about esports and music connecting to form bigger spectacles and entertainment ventures,” says Reza of Weird Genius. “One example, a big esports company just merged with a music group and received an investment of $10M, which for me, shows that’s the future in showbiz. One thing I’m confident in, is that moving forward we can’t separate games and music.” 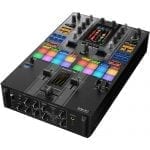 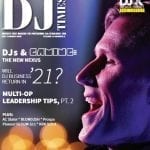