So, we sent out our “Coronavirus Questionnaire” to DJ/producers from all musical genres to find out. During this period, DJ Times will continue presenting the questionnaire responses from talented music-makers from all over the world. Here’s our latest entry, this time from Down Under, the Iraqi electronic talent Motez (Moutaiz Al-Obaidi).

Motez, Adelaide, Australia, Sweat It Out

How did you spend most of your pandemic time? I moved all my studio equipment back home to the spare room. I loved having a little window there, which has helped me a lot in connecting with the outside world. Seasons were changing and so I channeled that into an EP I released last year called “Soulitude,” which was totally different to anything that I’ve made, and served as a contemplative, ambient and reflective work that’s a time capsule to all we’ve collectively gone through. I’ve also started cooking more, especially Iraqi dishes, and had a lot of fun doing that. I went out on a lot of walks, actually. We are lucky in Australia that our lockdown didn’t go for too long, so life slowly went back to relative normality.

Have things changed over time? It helps that Australia was on top of it from the start of the pandemic, so things have slowly come back into a relatively normal setting. Not all venues are at full-capacity yet. Swift response to flair-ups and cases popping up in various cities always dictates a swift and strong response, which takes its toll on planning music festivals, as they can easily not go ahead a handful of days before they’re about to.

Did you lose important gigs, or income-producing work? A lot, and I still do. I’ve had a few shows planned this time last year, including a couple in Indonesia that I couldn’t do. I lost a lot of income, as touring came to a complete halt in a matter of a week. It’s still greatly affected; for example, I have had a few shows to perform over Easter around Australia, but a recent outbreak in Brisbane – the capital city of the state of Queensland – meant that all those shows were either cancelled or moved, literally within a matter of an hour. It has been incredibly difficult. I speak to a lot of friends and the toll it’s taking on us emotional and financially is heavy. I truly hope things go back to normal soon on that front, as we constantly feel that our precarious situation doesn’t get the deserved safety net and support from the government.

Are you doing anything now that can or will produce music-related income? Have you learned anything in the downtime? The problem is most of us work so hard to get to a point where we can do music for a living, and once that happens it’s a step back to “re-train” to move to another industry – it sets us back years. I know a lot of friends have started doing other work to survive. I have two degrees, so I could have moved back to working using one of them… but again, the consensus is that it’s a step back to get out of the music industry, even for a little while. I need to balance the long-term goals with the short-term pitfalls – it’s a constant battle.

What are you doing now that’s ultimately constructive to your music life/career? For example, any releases during this period? My latest release is “ReSet (Extended Mix)” and, as mentioned above, I released “Soulitude” as an inward-looking, contemplative and soothing release that serves as a snapshot of what was going through my head. It’s generally ambient and piano-driven, as I didn’t feel like it was suitable to release what people know me for. It was my moment to delve deeper into some uncomfortable themes that were brought on by isolation. I’ve also filmed it as a live-stream in the middle of rural South Australia, along the coast to aid as another component for the entire concept, taking my studio out into nature and playing it live. I still consider it my proudest, most sincere work and the video I’ve done with a bunch of my friends – all creatives who have also lost all their work – made us all proud. The EP itself won Best Release at the South Australia Music Awards, and the video took the gong as well. I’ll never forget that period of my life.

What’s in your studio? I’ve got a few synths in here: Roland System-8, Moog Sub 37, Korg DW-6000 and a little modular set-up. There’s also a few little quirky bits that truly make my studio what it is, including a little Captain Picard bust of him face-palming – I’m a bit of a Trekkie – a painting I bought in an auction that was serendipitously named “Patience” that I bought around the same time I was working on my song named after the painting, as well as a few awards, my gold record plaque that I received for my song “The Future,” and as of a few days ago now actually a Platinum record.

What’s the most surprising thing you’ve realized during this period of social distancing? That no matter what walk of life you come from, what you do for a living or what city you lived in, you would have experienced exactly what everybody else is experiencing. In a sense, the very thing that completely isolated us and locked us down, made us all connected by a common sense of banality, loneliness and even slowing down. All masks were off – it’s OK to feel sad, scared and lonely. Almost everybody is going through the same thing.

Have you done anything online recently? I did that live-stream of my “Soulitude Live” video where I got to play the entire EP from the coast of South Australia. I also did a live-stream for Beatport. I have done a couple more, which I hope you will see in time. While I do understand its importance, I’m not personally big on live-streaming my sets. I feel like most of the magic happens when you’re with a crowd and you’re playing to them.

Any advice on staying sane & relatively positive through this situation? I’m glad to see that there’s light at the end of the tunnel around the world with the vaccine rollout. But I would say… confide in friends, family and loved ones. Know that you’re not alone. The remedy, so to speak, is right around the corner. I consider the last year to be the most formative, I don’t think any of us will be the same after this, and I mean it in a very positive way. Most of life’s worries now pale in comparison, so I personally find solace in that. 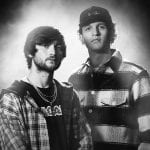 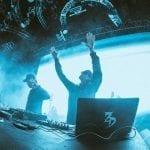