As we get closer to DJ Times’ annual trade-show/convention – the recently rebranded DJX – our Twitch channel will preview some of the events that we’ll present to you this coming Aug. 9-12 at the Hard Rock Hotel & Casino Atlantic City. And this week, we bring you Boston DJ/VJ Joshua Carl, who’s made big waves on Twitch.

At DJ Expo (DJX), Carl will bring together a panel of Twitch DJs who have adapted to the platform and raised their games – and they’ll explain how they’ve Twitched their ways to great success. With Carl at the helm, “Live-Streaming: Partnering & Twitching to the Top” (set for Tuesday, Aug. 10) will feature Arabian Prince, Miss Ninja, Chubby Chub, Flipside and Neil Jackson and they’ll tackle the following topics: integrating live-streaming to your current business model; how to generate revenue off and on the platform; how to make Partner status on Twitch and build viewership; live-streaming remotely – hardware & software; must-have apps and software; and tips, tricks and secrets of Open Broadcaster Software (OBS).

As for Carl himself, he’s been spinning since 1987, working all kinds of genres through a variety of formats in all sorts of venues. For many years, he’s moderated DJ Expo’s video-jock seminars and delivered plenty of useful knowledge to the DJ industry. Additionally, it must be noted that Carl has served his country with honor – as a U.S. Army Reservist, he served in Iraq as a combat medic. Upon returning to the States, he continued his service in the reserves as a medic and instructor in battlefield medicine. His DJ story is probably unlike any other.

So tune in as DJ Times connects with DJ Joshua Carl to discuss his career, DJX, technology, Twitch… and his service to our country. Don’t miss it – be there. 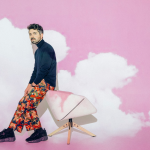 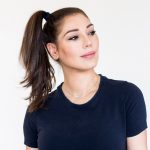