After unleashing a steady flow of new music as of late, GRiZ has announced the release of his seventh studio album, Rainbow Brain, following the recent release of its title track featuring ProbCause and Chrishira Perrier.

Riding a hot streak of bone-rattling productions fueled by wombs and wobbles, Rainbow Brain serves as a nod to the renaissance of bass music and dubstep’s golden age. The Detriot native’s newest body of work is a look at the full spectrum of the psyche, and in Grant’s own words is “inspired by the idea of letting go into the technicolor world of psychedelia.”

The album itself is presented in the form of a continuous mix, meant to be played from front to back in an effort to fully capture the experience as it should be enjoyed.

Check out GRiZ’s official album announcement and tracklist below. Rainbow Brain is set to be released Friday, July 23rd.

!! My next album is called RAINBOW BRAIN 🌈🧠 and its dropping July 23 !! Here’s a few clips from the full length including the absolute SMASHER burn up the floor with the legend @jantsenmusic!! Which clip is ur fav?? pic.twitter.com/GysfmMaRTz 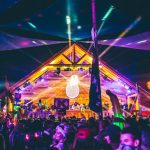 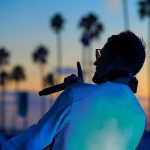