The time has come, Electric Zoo once again invades Randall’s Island Park this Labor Day weekend! While the festival has provided all the essentials: set times, festival map, and food vendors, it is time to get to the drawing board scheduling the perfect soundtrack to your weekend.

Hey, there are plenty of names to choose from with plenty of set time conflicts and we’re here to help. It’s obvious that we’re all excited to see festival heavy-hitters Tiesto, Alesso, Kaskade, Illenium, Zeds Dead, Rezz, Seven Lions, and FISHER but here are 10 names that definitely deserve your attention this weekend.

Check out our must-see sets for 2021 below! Be sure to grab your tickets before it’s too late at electriczoo.com.

Being one of the true production prodigies at only 16-year-old, Moore Kismet is a prime example that the ever-evolving world of bass music is in good hands. Taking the dubstep scene by storm with their relentless, forward-thinking style of production, this non-binary producer and vocal advocate for the LGBTQ+ community continues to leave listeners in awe engineering flawless musical journeys through sound while leaving those who tune in on their toes with each and every release. Whether it is a merciless bass beast or a dreamy soundscape that packs a punch, the reign of Moore Kismet has just begun no matter what niche of the bass scene may tickle your fancy. 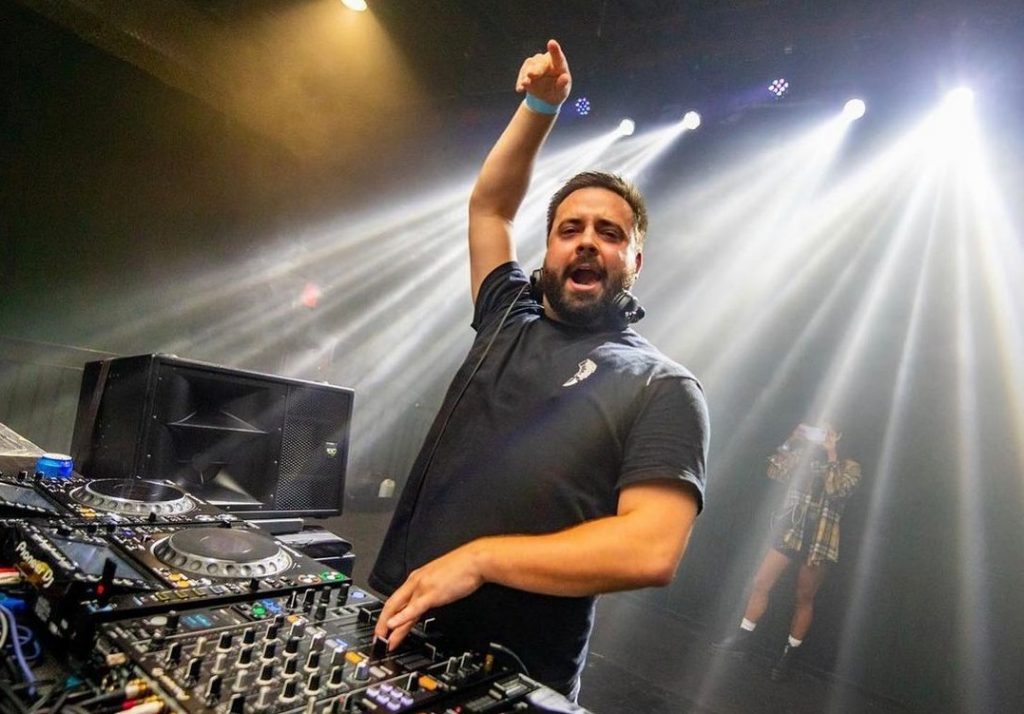 It’s not too often you see a North Carolina native makes waves in the electronic dance music scene but Heyz is looking to put Greensboro on the map! Being a versatile bass enthusiast who has been on quite the tear as of late in addition to being quite the comedian on Tiktok, it’s safe to say 2021 is going to be the year he makes a lasting impression on avid dance fans. It’s only right you kick off your Electric Zoo weekend with 40-minutes of Heyz! 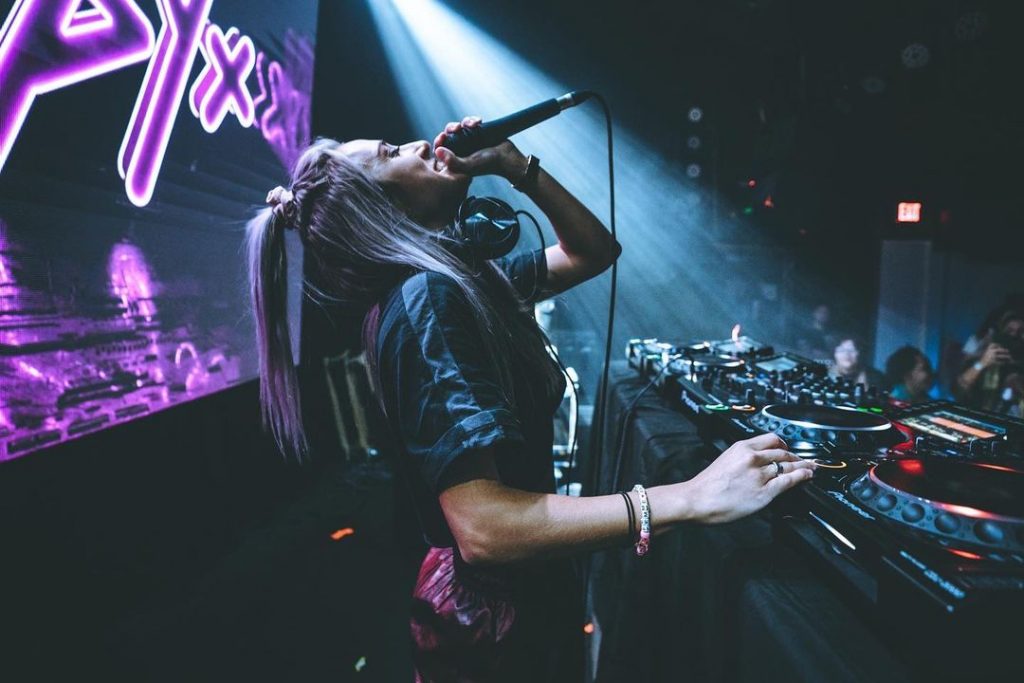 Already considered quite the bass music enthusiast, SIPPY is a force to be reckoned with cooked up and serving some of the filthiest, bone-rattling tunes out there. The Australian ICON Collective alumni quickly found her niche in the world of dubstep and never looked back, continuing to impress with each and every release. With a boatload of original productions on the way, the wrath of this pint-sized powerhouse has just begun. Tearing up the 2021 festival circuit, New York City is about to see what she’s all about! 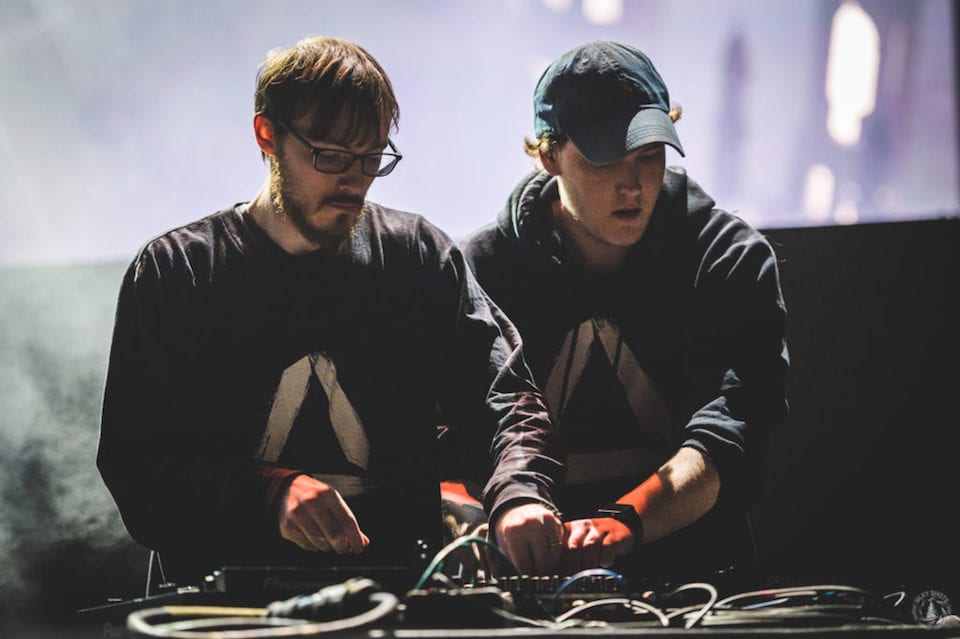 If you’re a fan of melodic bass-driven tracks, Crystal Skies has mastered engineering emotionally charged dubstep that resonates with listeners on a much deeper level than your traditional production. Already joining forces with the melodic mastermind Seven Lions for their collaboration “Sojourn,” it’s hard to argue that these two aren’t the future of the emotive genre. With the promise of their debut album in 2021, the horizon looks bright for Crystal Skies.

Hailing from Dothan, Alabama, it’s not too often you see the deep south represented in the world of bass music but MIZE has quickly changed that since first popping onto the scene in 2017. MIZE’s sound is aestheticized by a psychedelic blend of heavy bass music, ambient downtempo, and melodic dubstep with a clear hip-hop influence blended in. While he has been making some serious waves in the scene for quite some time now, New York City is about to get a hefty helping! 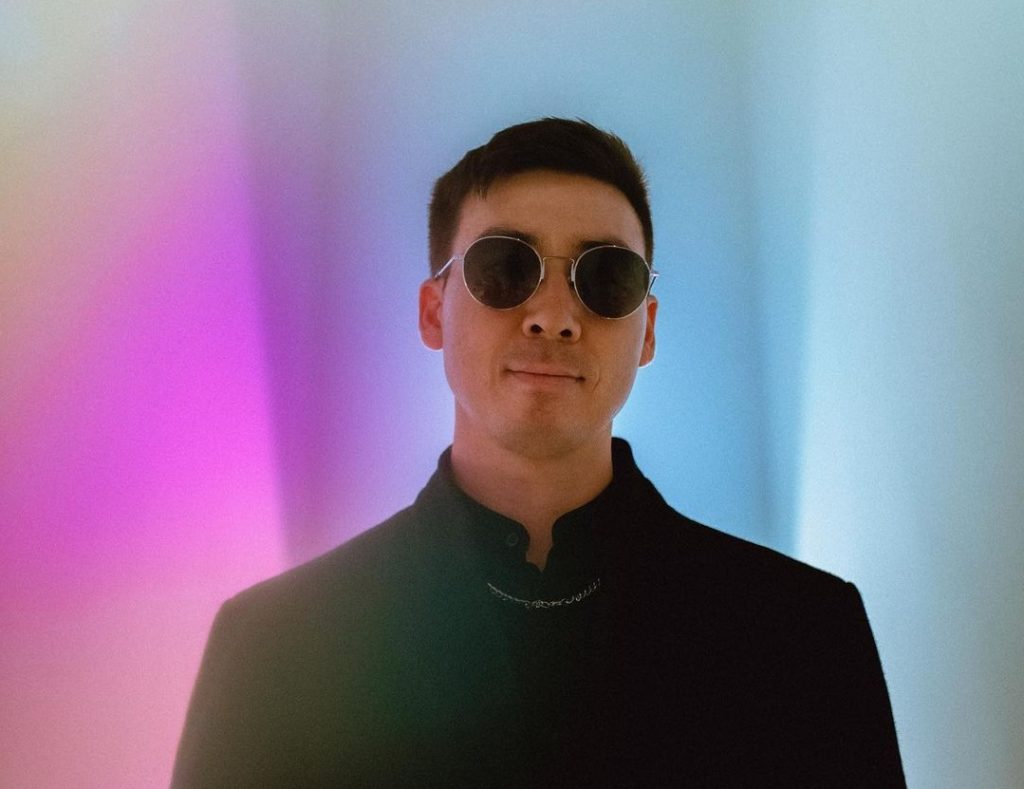 Dedicated to the pursuit of wonder, Rinzen combines cinematic sound design with forward-thinking techno production to create something that is truly awe-inspiring. Rinzen has become a rising figure in the global electronic scene, with releases on deadmau5’s mau5trap imprint as well as European underground labels like Steyoyoke and Chapter 24 Records. If you’re looking for a proper musical journey, Hilltop Arena Saturday afternoon is the place to be! 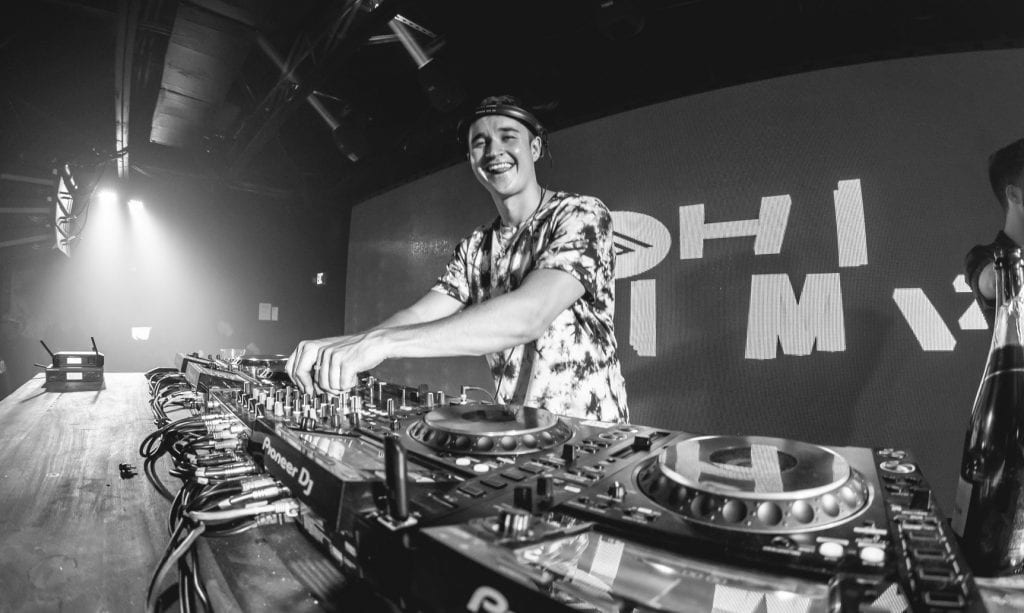 No stranger to dominating the Beatport charts as of late, Chicago’s John Summit has quickly become the hottest name in dance music following the release of “Deep End” in June 2020. Having already cracked the code when it comes to infectious dancefloor-ready weapons, Summit has certainly made his hometown proud considering he hails from a city where house music has its own legacy. John Summit has been a staple in the soundtrack of your summer….whether you realized it or not.

When it comes to the United States dance music scene, bass continues to be the genre of preference of fans with the country serving up a lethal dose of homegrown talent with Ace Aura being one of the bunch. Pumping new life into the scene with his chord-driven take on dubstep keeps things fresh and that is exactly why he is one of the most promising producers in the game. Why blend in when you can stand out? Ace Aura is going to do things his way. 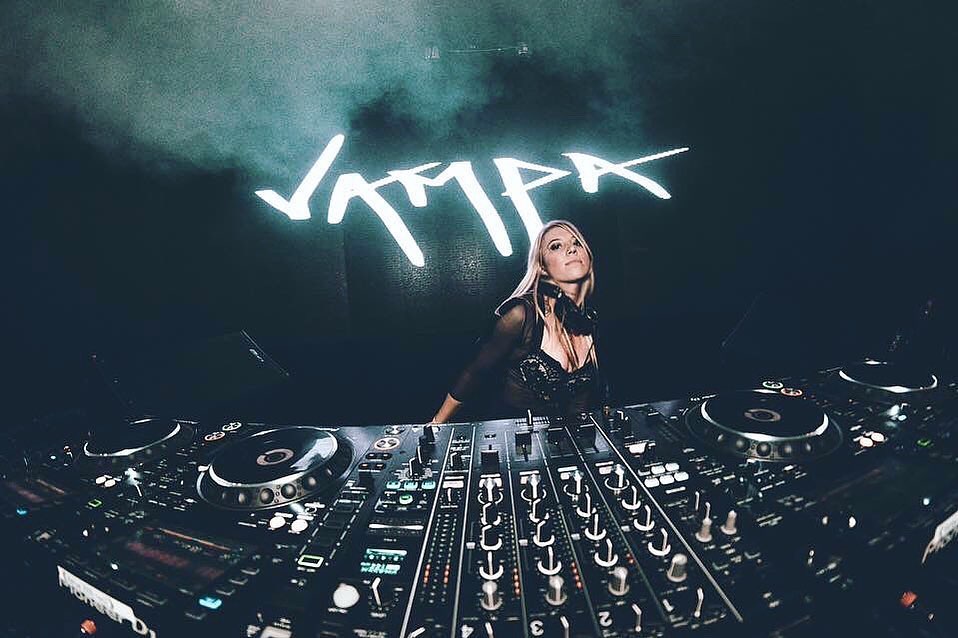 After discovering her passion for electronic music in college, VAMPA began to energize Chicago’s bass music scene, releasing tunes that showcase both her songwriting ability and sultry vocals. Being a bonafide genre-bender when it comes to unleashing blistering bass, her energy is unmistakable — VAMPA has come to break our necks and suck our blood. #FANGGANG 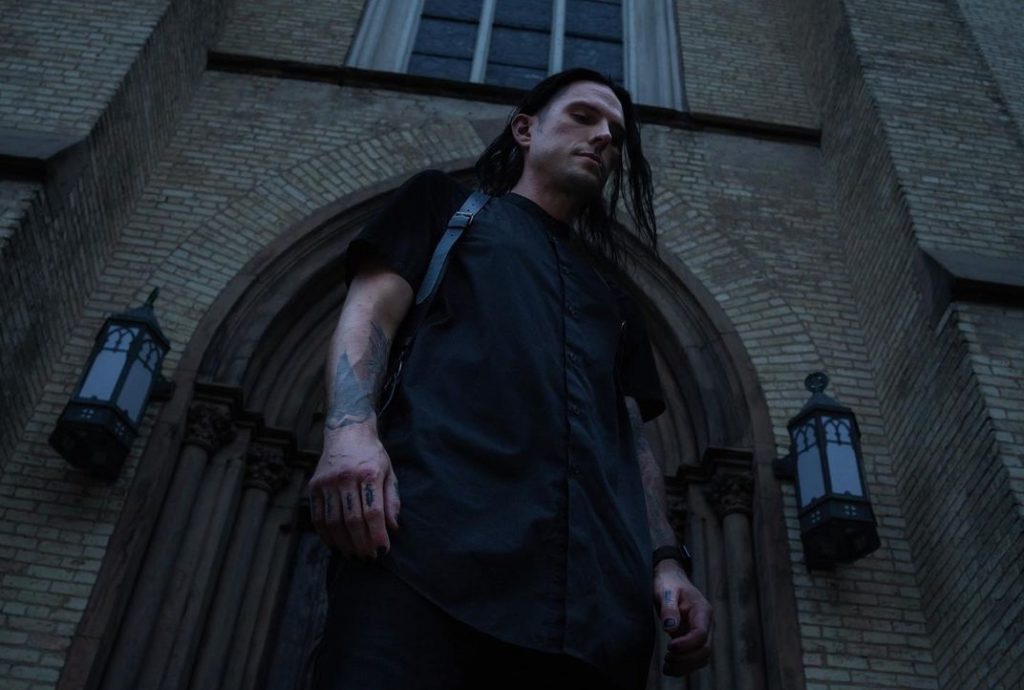 Dwelling in the darkest corner of the scene, Florida-based producer SWARM has been unloading some of the most sinister tunes out there. Putting his own spin on the likes of Ghostemane and Slipknot in addition to quite the crate of originals, this is one rising talent that is guaranteed to satisfy your bass cravings along with your darkest demons. Stop by Hilltop Arena Sunday afternoon to see what all the hype is about, you won’t regret it! 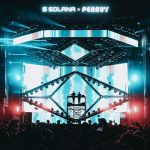 SLANDER Joins Forces With Ganja White Night For “Miss You” 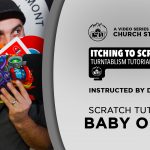