Continuing to roll out a steady barrage of singles leading into the release of his sophomore album Exotica, Purple Disco Machine has unloaded a lethal dose of “Dopamine” coming in the form of his fifth single and final taste of the forthcoming album.

Following the release of singles “Hypnotized,” “Exotica,” “Fireworks,” and “Playbox,” the German hitmaker has teamed up with Eyelar to deliver an undeniably funky, feel-good gem with pop sensibilities that radiates an uplifting aura throughout setting the tone for what’s to come from Purple Disco Machine’s upcoming body of work.

Get your groove on with Purple Disco Machine’s “Dopamine” featuring Eyelar below and keep an eye out for Exotica which is set to be released on October 15th. 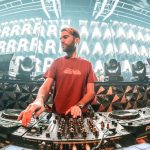 A-Trak Teams With Wongo To Create The Ultimate “Groove Society” 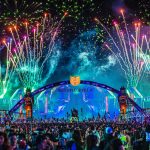