Amsterdam, Holland—Call it inevitable. But four days into the Amsterdam Dance Event—with the evenings spent listening to house, techno and breaks DJs—we finally stuck our toes into the trance pool.
Of course, it only confirmed what we already knew: When it comes to trance, it’s not a pool—it’s an ocean. Better to just dive in, head-first.
So we did, at the massive “Synergy” party on ADE’s last big night. Held at the cavernous Passenger Terminal—a real-life, double-deck, cruise-ship terminal that accommodates over 200,000 passengers annually—the event drove home the reality that the trance genre is as big as ever. As soon as we walked into the wave-shaped, glass edifice, it was hard not to feel carried away by Cosmic Gate’s heady mixture of pretty chords and driving thump. The Dutch crowd—a very tall bunch indeed—were bounding with every peak and swaying with each crashing breakdown. By the time Dutch favorite Ferry Corsten hit the decks—his smiling mug visible to all on huge screens—the place was going mental.
Showcasing material from his double-CD mix, Once Upon A Night, Vol. 2 (Premier/Black Hole), Corsten leaned into a more song-oriented set that had the audience singing along, arms waving. He also dropped a flurry of his own buzzbomb productions (2006’s “Beautiful” and 2001’s “Out of the Blue”). By the time he slowed things down for a moment of Coldplay’s “Nobody Said It Was Easy,” he’d turned the Docklands venue into a big, sweaty, strobe-filled love fest.
Back on planet earth, we connected and re-connected with Corsten to find out his DJ secrets. Unsurprisingly, we found him rather grounded and perfectly willing to ponder the pleasures of trance and its startling level fandom. Fellow trance titans Tiësto and Armin Van Buuren might draw more to the venues and festivals these days, but after experiencing “Synergy,” it’s hard to imagine anyone who embodies the global trance community more than Ferry Corsten. 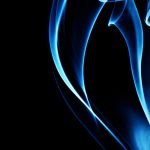 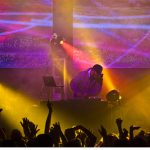