Derek Vincent Smith has a knack for seizing opportunities. Rather than spurn P2P, he (alongside Girl Talk) pioneered a free distribution model for all his recorded Pretty Lights material. To date, he’s racked up 800,000 downloads on his website (prettylightsmusic.com) for his six LPs and EPs, and the attendant buzz has earned him major festival placements (Coachella, Bonnaroo and Outside Lands), plus warm-up gigs for Major Lazer. His midtempo, sample-studded marriages of hip hop, electro, funk, soul and drum-n-bass have engaged the mainfloor—think a Play-era Moby with post-WWII sound sources.
And he can release this music whenever he wants. In 2010, for example, he’s presented a trio of EPs, including his latest, “Glowing In the Darkest Night.” All of this, he feels, changes the entire relationship he has with his audience.
“[Giving my music away] seemed to create a loyalty and a respect from my fans because they thought that I was doing something for them,” he theorizes. “So I [want my] music to push forward and to give my fans a continual, unmediated supply because I want to foster that personal relationship between them.” 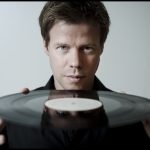 Ferry Corsten: Once Upon A Night… 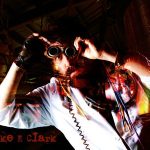 In the Studio with… Mike E. Clark