Jon Gooch—the man behind the Feed Me moniker—has announced the return of his drum & bass alias Spor via a brand new remix, UK tour, and album.

Spor’s official remix for The Prodigy’s new single “Nasty” launches his return. For the mix, the UK producer delivers a high-octane assault of distorted sub bass and energetic breaks, creating an even bigger explosion than The Prodigy’s satisfying original. Stream the mix below.

The new mix is just the beginning of Spor’s 2015 plans, as a UK tour and new album are both in the pipeline. Spor will kick off the tour on February 26 at Bristol’s The Thekla, with seven more dates planned through March. Additionally, Spor’s long-awaited full album is complete, with an “imminent” release planned.

“[DJing] as Spor brings around a lot of nostalgia for me, it’s a feeling that reaches all the way back to my childhood. It’s not all positive, it’s angst and fear, risk as well…I played my first ever DJ show at [the]sorely missed ‘The End’ in London (thank you Renegade Hardware) and I look forward to feeling the vibe places like that held — the claustrophobia, the great sound and educated, intense audiences. It was always a release for everyone.” 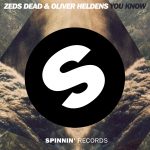 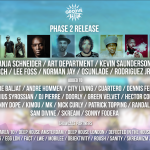