Roisin Murphy has announced the release of her long-awaited third album Hairless Toys, due out May 11 via Play It Again Sam.

The new album is Murphy’s first LP since 2007’s Overpowered, hot on the heels of her 2014 Italian-language EP Mi Senti and series of collaborations with dance acts like David Morales, Hot Natured, and Freeform Five. Produced with her longtime collaborator Eddie Stevens, the new LP is the diverse result of five dedicated weeks of writing and producing.

In addition to the LP announcement, the former Moloko front-woman has also taken the wraps off the album opener “Gone Fishing.” The sleek cut is a heavenly slice of subdued lounge disco with lyrics inspired by the 1990 documentary Paris Is Burning, which chronicled New York City’s drag ball scene of the 1980s. The track is far-and-away from the poolside-ready Italo Disco of her recent Hot Creations single “Invisions” with Luca C & Brigante, but it’s a groovy cut ready for the afterhours play.

The full tracklist is below. For more information, go to Facebook.com/RoisinMurphy.com. 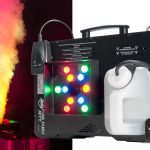 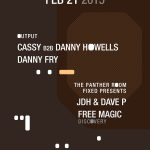