American DJ has built upon its popular 5P Hex with the new 12P Hex, an LED par fixture capable of producing spellbinding color washes and sleek up-lighting with its lie-flat design.

The 12P Hex gets its name from its twelve 12-watt hex LEDs that generate powerful, far-reaching color wash effects. The fixture makes use of 6-in-1 hex LEDs (RGBAW+UV) and a wide 30-degree beam angle, allowing users to immerse dancefloors, venues, and crowds in far-reaching washes of vibrant colored lighting. The fixture’s power and DMX sockets are fitted sideways, allowing users to set it flat on the ground or inside truss.

Users can choose from 63 built-in color macros and trigger LED pulse and strobe effects for added appeal. The 12P Hex features five operational modes—Static Color, Program, Sound Active, Dimmer, and DMX-Controlled—and seven built-in programs to choose from. DMX users can choose from 6-, 7-, 8-, and 12-channel modes for increased control, and ADJ’s Dotz Par RF wireless remote control is also compatible. Versatility is key for positioning as well, as the 12P Hex is fitted with a dual yoke to allow it to be hung or set on the ground. At just nine pounds, the fixture is easily transportable.

Watch a demo video for the 12P Hex below and go to ADJ.com/12P-Hex for more information. 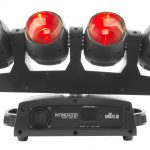 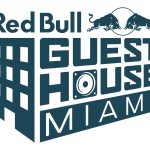