France’s Arturia has had a great run creating some of the best analog synth emulations in the game, while also putting together some hybrid packages of controllers that integrate perfectly with its software.

With the release of the Minibrute, it has entered the competitive market for new, affordable analog mono hardware synths with a piece that sounded and functioned like they had been doing it for ages. This gave birth to another compact powerhouse called the Microbrute. Again fully-analog, but capable of fitting in any backpack, the Microbrute adds features that its predecessor didn’t have, like a miniature CV patch bay, to a unit so affordable that it doubly justifies owning both keyboards.

Layout & Features: Although called a single-oscillator design, the synth still sounds huge. In the oscillator section, there are eight knobs dedicated to creating a wave shape and their possibilities are pretty extensive. On the traditional side, there are three individual knobs for saw, square, and triangle wave. Combining the waves doesn’t add oscillators, but rather alters the wave shape, creating a unique timbre. However, turning up the triangle does give it a more noticeably fatter sound.

Further thickening is possible via an Overtone control, which is essentially a second oscillator with a range from an octave below as a sub oscillator to a 5th above the fundamental. All of the three wave-shape knobs are further enhanced by secondary controls (called signal modifiers) that take their shape and sound to another level.

Ultrasaw adds 2 phase-shifted copies of the saw for big, phasey leads, similar to a detuned second oscillator on other synths. Pulse Width is the traditional widening/thinning of the square wave shape, usually abbreviated as PWM or pulse width modulation, a common modulation destination. And Metalizer really makes the sound jump out of the speakers, causing leads to shine. This is accomplished by folding the waveform to create rich harmonics that accurately sound “metallic.” When a wave shape so rich with harmonics hits the filter at a high resonance, this synth is impossible to ignore.

The multimode Steiner-Parker filter is easily switched between high, band and low-pass designs. Envelope amount and keyboard tracking have their own controls in the filter section and another knob is dedicated to “Brute Factor,” which was also seen on the Minibrute. This feedback-style distortion is beastly and takes the sound into destruction mode. These types of on-board effects greatly enhance the already wide sonic palette. You also need to be careful because this causes a rather significant volume increase to the whole unit.

For a compact synthesizer, the modulation options are pretty extensive—thanks to a tiny Modulation matrix that is an 1/8-inch CV patch bay. Two CV out sources—Envelope or LFO—can be patched with the included tiny orange 1/8-inch cables to six destinations: metal, saw, sub, pitch, filter or PWM. On the back of the unit you find three CV gate jacks. Considering that these CV connections can also be used with other hardware, this really expands the value of the Microbrute, making it semi-modular.

On the conventional side, there are also LFO amount and rate knobs, which modulate oscillator pitch without patching anything. Here it is also possible to assign the mod wheel to filter cutoff or LFO amount for vibrato effects while playing. The LFO is free running or syncable to MIDI beat clock and the internal sequencer with three different wave shapes.

The small but effective sequencer section is comprised of an eight-pattern select knob, a rate control, a tap tempo button and a three-position switch for playing, recording, or off. I found the sequencer to lock tightly to external sequencers. It can see beat clock from the MIDI In jack or USB. In record mode, notes and rests can be programmed up to 64 steps. Further sequencer features are available when the synth is connected USB and the free Microbrute Connection software is used.

Interestingly, there are ways to jump between sequences without stopping, depending on certain settings. You can also set the sequencer to receive CV gate messages so drum machine or other triggers can advance sequencer steps, like an old synth. And if you are into saving and recalling more than the eight on-board patterns, they can be saved to your computer’s hard drive.

The software set up pretty easily and, after a quick firmware update, it worked without a problem. Using it, there are also some under-the-hood keyboard parameters, MIDI channel settings, and module parameters like LFO retrigger and pitch bend range. It would be better if these were available without the software, but it worked so well that there isn’t much to complain about.

Conclusions: Arturia broke through the wall of what is possible for putting a feature-rich, great-sounding analog synth in a price range that is below what some soft synths even cost. Sure, the keyboard is tiny, but it is still very playable and that portability may be a plus for compact studios and stage rigs. At $299 street price, the bar has been raised significantly for what is possible in the analog synth market with the creation of the Microbrute. 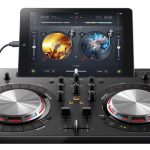 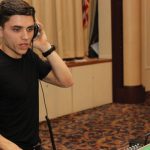 Upstart Looks to Grow with his Clientele