DJing has always been about evolution. For decades, carrying crates of vinyl was the only option afforded a jock who was often hidden out of view of the sweaty, writhing dancefloor. But fast-forward a few years, and we saw the DJ booth begin to move into the central view of clubbers, with CD booklets and CD players becoming the industry standard.

Spearheaded by companies like Livid, Akai, M-Audio, Monome, Native Instruments and Ableton, 2010 and beyond gave birth to a MIDI controllerist revolution, offering a myriad of options to digital DJs who want to do more with their time in the booth than beatmatch two records.

Pioneer DJ also announced a new product offering in late 2014: the next-generation DDJ-WeGO3, an ultra-compact DJ controller that makes it easy to quickly learn DJing basics and then slay your next house party or family gathering. The kicker? The new DDJ-WeGO3 controller integrates seamlessly with the entire djay product suite. And that’s not all: in addition to support for AirPlay and Bluetooth devices, djay 2.6 and djay Pro also work with a host of MIDI controllers manufactured by Numark, Vestax, Pioneer, Reloop, Philips, Casio and Griffin. Plug in that USB to Lightning cable and play, baby!

If users of the Mac and iOS djay apps don’t want to use a MIDI controller, they can pre-cue while mixing with headphones using djay’s split output mode and a $20 Griffin Technology DJ cable. For audio output, Airplay streaming is available. Another option is to route the main output and monitor channels through any class-compliant USB audio interface.

In order to evaluate the djay software suite, the algoriddim team sent me Pioneer DJ’s DDJ-WeGO2 controller in a pearly white color reminiscent of Apple’s early iPod models. My apologies in advance to Android users, as this rundown will focus on djay 2.6 for both iPhone and iPad and djay Pro for Mac.

djay 2.6 — iOS
iPhone vs. iPad: The djay interface is largely the same on both iPhone and iPad, though there are some slight tweaks between the two. The global features immediately present upon opening the iOS app include a crossfader, a mix recording button, automixing from a song queue that can include tracks from both Spotify or iTunes, a vertical waveform view button featuring slip and slice modes, and a sampler toggle button.

Both devices offer a two-turntable split-screen view in landscape mode and a single turntable deck in portrait mode. I found it curious that when in single-deck (portrait) view, moving the crossfader all the way to the other side automatically shifts the screen over to the other deck, but only on iPhone. It’s a nice feature that might be worth bringing to iPad, too.

Let’s dig a little deeper. Each of the two decks includes a cue-set button, cue-start button, play button, sync button, volume button, and pitch fader. Unfortunately, the real goodies are hidden behind two “super-function” buttons, with one per deck. These include the audio library button, which takes over the screen to display your iTunes or Spotify library, and a button emblazoned with three vertical faders. The latter button brings up a slew of options that gloriously override the frustrating turntable view. These functions include a mixer with a filter; an effects deck with an XY pad, FX presets and a manual manipulation view; a looper view with automatic, bounce and XY pad options; and three more cue points per deck.

To reiterate, these four features: EQ, effects, looping, and cue points—the things that most DJs rely on when mixing—are hidden behind a single button, with only one option available onscreen at a time, per deck.

The Good: Let’s talk about what djay does well on iOS. The sampler, for instance, is a great and unique addition for an iOS DJing app, packing in seven different sound packs at the time of publication. These include special sound packs from General Electric and Matthew Dear, Milk & Sugar, Snoop Dogg, and DJ QBert. Finger drummers are given six pads per deck on iPad and four pads per deck on iPhone, and they can create their own sound pack presets that mix and match from the many algoriddim packs. If a DJ wants those signature Snoop Dogg horns and DJ QBert’s crunk finger snaps, they can have both.

I found that djay’s Spotify integration is very well executed and incredibly fun to play with on all platforms. I can’t yet envision a club DJ solely using a mobile app during a gig, but I can definitely picture a mobile DJ (or house-party jock) busting out djay’s Spotify integration on whichever platform they have handy. The Spotify feature could be a life-saver on that packed bar mitzvah or wedding dancefloor when a teenager comes up to request a Top-40 hit that you skimmed past on the latest Billboard chart. Plug that iPhone or Android phone into an empty mixer channel, fire up djay, and save the day!

Unlike the iTunes library view, choosing to browse for tracks via Spotify’s 20 million-plus song library offers DJs a few new options aside from playlists and songs. There is a Spotify Top 100 tracks chart, a limited genre browse feature, a handful of Spotify playlists from pro DJs, and an amazingly intelligent track-matching feature called Match. Match is powered by The Echo Nest’s analysis of all music in the Spotify library, and will recommend tracks that mix well with the track(s) that you’re currently spinning. Also, algoriddim promotes this feature as both a music discovery tool and a live DJing tool, and to be honest, it helped me go on some wild genre journeys through tracks that I had never heard of, but that fit the genre perfectly.

There’s also a social-share option that tracks your current DJ session via a live-updating Spotify playlist, which is very cool. In iTunes, BPM and key information is something only available in djay once you’ve analyzed a track, but Spotify has this readily available for all tracks. This feature is presumably another fruit of their acquisition of music intelligence vault The Echo Nest.

It’s important to note that the Spotify integration only works on Internet-connected devices, and users must have a Premium Spotify account. For those that aren’t Premium subscribers, a free seven-day trial of Spotify Premium is available to all users of djay.

Another killer feature for DJs that like to work on-the-fly is the song queue, which lets you create a playlist from both iTunes and Spotify while you’re still in the mix. Complementing this feature is a time-stamped history playlist that’ll ensure you never forget that unbelievable in-the-moment mashup you pulled off, like when you layered Prince’s “1999” and Disclosure’s “Latch” at 3 a.m. last Saturday night.

Last, but not least, is perhaps the simplest feature of them all: the night/day toggle button which allows DJs to invert the color palette to see better, depending on if they’re in a dark club or poolside on a sunny day.

The Not-So-Good: djay features 34 Sugar Bytes Software-powered effects in addition to the five free “essentials” — Echo, Flanger, Phaser, Bit Crusher and Gate. Unfortunately, these 34 effects are bundled as an $9.99 in-app purchase in all versions of the app. They are also broken into individual $3.99 packs on the mobile versions.

Let’s get this out of the way: I believe that algoriddim’s choice to utilize an interface that mimics turntables is a great decision for branding and marketing, and a bad decision in terms of functionality. I would imagine the choice to go with a vinyl interface makes beginner DJs—people influenced by a popular culture that still thinks of a DJ as someone who “rocks the ones and twos”—feel comfortable with what they’re looking at when they open the app. The “virtual grooves […] individually mapped and rendered for every song on djay’s virtual records” is a nice touch for marketing materials, but the feature really doesn’t do much for users when DJing, as you can’t see the grooves well enough to digitally drop the needle like you would on real vinyl.

My main criticism of the turntable interface is that you can’t properly cut and scratch with touchscreens—though a DJ controller can help, to a certain degree—and those digital turntables eat up a lot of screen real estate. This design choice forces the essential mixing features to hide behind small buttons that are difficult to press accurately, and that don’t always have dedicated counterparts on hardware controllers. Users are forced to furiously tap on the screen at key points in the mix, which is less than ideal if they’re using a smaller iOS device. That being said, the software is quite powerful.

As an iTunes Match user, the biggest issue that I ran into with djay had to do with accessing my iTunes music library. Luckily for algoriddim, the blame for this problem lies solely with Apple. Applications are only permitted to pull from a device’s local iTunes library when playing music, so if you’re an iTunes Match user, you’re unable to stream from iCloud to djay, or any other application. DJs are forced to spend hours of prep time downloading tracks from an often buggy iTunes Match service. This limitation of streaming from iCloud is holding DJs back and is a huge shortcoming. Please open iTunes Match streaming to developers, Apple! Spotify is embarrassing you here.

djay Pro — Mac
With djay Pro for Mac, algoriddim is catering to a professional DJ audience, and have smartly supplemented their favorite turntable interface with a new interface that will look familiar to the Traktor, Serato DJ, and Virtual DJ crowd. All of the aforementioned djay features are also available in djay Pro, so from here on I’ll talk about what’s new on Mac, or different between the iOS and Mac versions.

Let’s start with the interface. You’ll see that familiar turntable view upon opening the app, but clicking what looks like a fat play button on the top right replaces the familiar 2-deck iOS turntable view with a 2-deck, colored waveform view, which pushes the mixer functions out from the middle toward the sides. Clicking the four vertical bars next to the fat play button condenses things even further into a four-deck view arranged in a typical 3124/CABD deck format, with left/thru/right options below each deck. Both of these non-turntable view options give the option of vertical or horizontal waveforms, and these views are where I believe users of djay Pro will spend the bulk of their time.

The djay Pro interface is much cleaner than its competitors, namely Traktor, Serato, and Virtual DJ, but is less functional in some ways. I believe that too much screen real estate is dedicated to the iTunes/Spotify library views, as it’s almost half of the screen. It would be helpful if the music library area could be be toggled on/off and more of the app’s functions were visible.

While djay already works with over 50 controllers, there is also a MIDI-mapping function that enables DIY DJs to map each hardware control on their DJ controller to a corresponding function in djay Pro.

Wrap-Up: All in all, I thoroughly enjoyed using the djay software suite and appreciate the direction that algoriddim is pushing the industry. In my opinion, they will need to flesh out much of the software before their pro offering can stand up against Traktor or Serato, so for now, djay is best suited for beginner DJs to cut their teeth on, for house parties, and as a tool for mobile DJs to supplement their existing DJ setup. 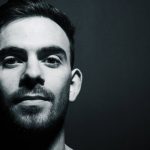 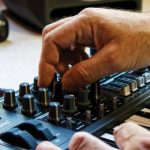