Living off the music industry is a commitment, and anyone who has drunk the Kool-Aid knows the struggle is real. Making the decision to live off music in any capacity as a DJ, manager, or producer comes with a series of hurdles and sacrifices along the way. The shortcomings of the industry post-digital downloads defined the music scene for years, and it was in the wake of digitalization that music had to redefine itself. The music business had to re-conceptualize itself and innovate ways to survive in a time when its future was incredibly uncertain. Over the years, the world has become accustomed to digitalism, and the “New World Order” of the music business emerged: concerts and tours. In a time where CDs are outdated and digital music can acquired easily without paying, DJs and producers had to find alternatives. The real question became how can an artist maximize profits and minimize costs while on the road.

Before the rise of the massive records labels and radio stations back in the 60s and 70s, touring was the best way for a performer to make money while also getting some exposure. Many smaller bands would travel to festivals like Woodstock to “get discovered.” Musicians were usually on shoestring budgets with little promotional material and would sell their tapes at those festivals to cover traveling expenses.

Once the big labels came in and set up shop, many musicians no longer toured consistently throughout the year (or even every year). Tours and concerts became added value or the cherry on the cake instead of a main source of income. Tours turned into delicacies for special occasions. Many musicians would only tour right before or after releasing an album, or for a special occasion like an anniversary tour.

Those days are now behind us. The drastic changes in the music industry, alongside the emergence of high-end, affordable production equipment, have drained the big labels of their omnipotent influence and dominance. The digital revolution ushered in new giants like Kazaa and Napster, and they gave the game-winning blow over the massive labels by effectively obliterating their last traces of relevance. As is quite often noted, history constantly repeats itself, and the music industry is no exception. The backlash against the digital revolution has naturally given way to a return to live music performances and tours. Not only for performances’ sake, but also as the main source of revenue and exposure for musicians worldwide.

Its no surprise that many people have found the entire thing liberating, freeing them from the judgment of A&R people, ass-kissing, and bureaucracy. The industry is also released from the limitation created by a label-dominated market where massive amounts of cash upfront are needed to make a splash.

Despite all the progress and benefits of this new age in music there are also serious shortcomings. The main of which is a lack of communication and centralization of information and knowledge. There is no reliable resource by and for musicians, bands, or DJs that can be used or learned from for self-improvement.

The music community has to join forces to ensure that current and future generations of musicians, DJs, and bands have the resources necessary to succeed and add to our cultural and musical history. According to AltPress, the TourBeat team is swooping in to the rescue with a project called TourBus Economics. Tourbeat is a website that focuses on aggregating all the tour information you could ever want into one easily searchable database. It seems only fitting that it is this team that would facilitate the emergence of a tour-based community for artists to thrive in.

The Tourbeat team is asking musicians, managers, and producers to participate in the endeavor. And so the purpose of this article surfaces: engaging real DJs, musicians, producers, agents, and managers with the end goal of compiling, archiving, and organizing stories, fun facts, pieces of advice, and strategies into a digital book–a music bible if you will–that could be used for self-improvement. Where real people can share real experiences with others while at the same time exposing themselves to larger audiences and opening themselves up for new opportunities. The project will live on www.tourbeat.com/tourbus-economics and can be accessed by anyone anywhere in the world.

We are collecting data on the following areas mainly, but will be thrilled at any input contributors are willing to provide:

In an age dominated by open sourcing and user generated content it seems only fitting to do a community generated guide for mastering the life of a musician and life on the road or as we like to call it,  #tourbuseconomics. 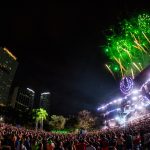 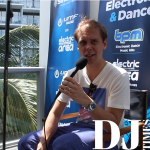