As the crown jewel of Miami Music Week, Ultra Music Festival has continued to grow bigger and bigger each year since its 1999 debut. Now in its 17th year, the annual event has expanded its reach even further as a global brand with installments on continents across the world.

Its hometown edition of Miami is still the main behemoth of early festival season, with this year’s installment boasting eight stages, over 150,000 attendees, and a lineup of nearly every heavy-hitter within dance and electronic music.

DJ Times headed out to the fest this year, and this is what we saw:

Friday
On the Resistance stage—somewhat away from the messy masses—Totally Enormous Extinct Dinosaurs got things started with a typically tasteful set of Afro/disco/techno/kitchen-sink beats. Hipster fave DJ Tennis followed with some techy breaks, dropping Josh Wink’s “Are You There?” and Kink’s “Pocket Piano” as the clouds began to sprinkle.

Over on the Main Stage, Oliver Heldens presented a series of Spinnin’ mega-bangers—like “This,” his chugging collab with Sander Van Doorn, and “Selecta,” an effect-filled ripper from La Fuenta. Then, while working his co-remix of the Moroder-esque “Can’t Stop Playing” by Dr. Kucho! & Gregor Salto, the skies opened, sending packs of fans underneath any available palm tree.

Saturday
On the Live Stage, U.K. electronic band Clean Bandit got hands in the air with its Grammy-winning singalong “Rather Be.” Later that night, Canadian singer Kiesza took to the same stage to deliver cuts from her 2014 album Sound of a Woman. The set featured intricate choreography and pitch-perfect vocals, but it was the final pair of tracks—her smash crossover hit “Hideaway” and her Jack Ü collaboration “Take Ü There”—that really elevated the performance above the sum of its parts.

Over on the Resistance stage, Umek churned out a set of relentless, pummeling techno, while Steve Aoki launched his own manic main-stage festivities. Elsewhere, Marc ‘MK’ Kinchen took to the decks of Carl Cox’s Mega Structure to throw down a glorious performance of bouncing UK house basslines and nostalgia-flavored piano house crushers. The Detroit DJ/producers one and a half-hour performance featured a deft mix of his chart-topping own productions alongside crowd-movers that truly rewarded attendees for getting to the festival during the early afternoon.

Future House maven Tchami delivered one of the more interesting performances of the day at the Ultra Japan stage. The late afternoon set was slam-packed, with hundreds of sun-bathed ravers pouring out of each side of the stage’s reverse-halfpipe layout. His hour-long odyssey was a groove-laden mix of metallic post-EDM that broke away from the tried-and-true festival-ready big room house that most acts deliver. His set was remarkably heavy with his own stellar productions, with his unabashed house-smashing remix of Janet Jackson’s “Go Deep” ripping into the crowd unlike anything else that afternoon.

Laidback Luke’s ripping electro-house had fans at the Ultra Japan stage jumping in unison, but John Digweed at the Mega Structure was another matter entirely. His trippy prog-house set, with its rattling rhythms, otherworldly effects and ominous vocal samples, worked like a powerful undertow, drawing in fans to his seductive grooves. A masterful set.

Sunday
The regularly bass-centric Ultra Worldwide stage was given a nu-disco makeover for the fest’s final day, with a smattering of the genre’s biggest artists giving a breezy (and funky) Sunday Funday. Los Angeles-based shuffler Goldroom kept it light and airy with a set loaded with jams from disco funksters Escort and Fred Falke that rarely went above 120 BPM. Later that night Tensnake brought a dark house undercurrent to the disco dance party, while Cashmere Cat sent the crowd into a frenzy when he brought out pop chanteuse Ariana Grande on stage to perform their new collaboration “Adore.” The Magician’s 9 PM performance was the stage’s true highlight, however. His monthly Magic Tapes mix series is known for its share of exclusives and fresh tracks, and the Belgian DJ/producer brought that same mentality to his Ultra performance. Donning a fly YSL blazer, he looked as flashy as he played when he closed with his 2014 collaboration with Years & Years “Sunlight.”

The tucked-away hideaway of the 7x7UP was home to a pair of pulse-pounding house sets from Dosem and America’s Best DJ 2014 nominees Sleepy & Boo, but there was no better place to close out the weekend than the Resistance stage with Hot Creations co-founder Jamie Jones. While his Basement Miami and Paradise sets earlier in the week were solid, Jones’ knack for delivering high-octane, yet unexpected tech bombs in a festival setting is unparalleled. Mark Jenkyns’ new Hot Creations single “On Me” went down a storm to the crowd of the circular stage, but Jones’ curveball of a closer—Moloko’s 2000 Flamenco-inspired smash “The Time Is Now”—created a truly unforgettable final memory of Ultra 2015.

With the dust having barely settled from this year’s edition, the Ultra family is already prepping for the next installment with the announcement of its 2016 dates. Ultra will return to Miami from March 18-20, 2016, and we’re already prepping our sunglasses and shorts in anticipation. 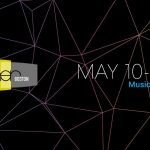 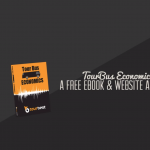