Detroit — Memorial Day Weekend is finally here, which can only mean one thing: the launch of America’s Best DJ 2015 at Detroit’s Movement Electronic Festival!

Downtown Detroit’s Hart Plaza will once again host the annual Memorial Day Weekend celebration of all things techno, which is set to feature six different stages and well over 100 of the globe’s finest DJs including Richie Hawtin, Maya Jane Coles, Hot Since 82, and Patrick Topping. The fest will also serve as the official launch for the America’s Best DJ promotion and its Summer Tour as it has since 2006. Title sponsors Pioneer DJ and DJ Times will present a three-month tour that supports a vote that seeks to answer the age-old question: Who is America’s Best DJ?

At Movement and other tour-related events—like Chicago’s Spring Awakening on June 12-14 and Las Vegas’ Electric Daisy Carnival on June 19-21—and major club gigs—like Get Together 3 at Minneapolis’ First Avenue with Mark Farina on June 6 and DJ Boris’s show at Therapy in Providence, RI on May 30, DJ Times will man a dedicated America’s Best DJ booth to collect paper ballots from fans supporting their favorite US-based DJs. Online voting will kick-off next week.

Both the voting and tour run from Memorial Day to Labor Day, all leading up to the official America’s Best DJ Crowning Ceremony and Closing Party taking place later this year.

This year’s list of 100 nominees covers the broad spectrum of electronic dance music, and a fair share of its artists will be appearing at Movement this weekend. They include Carl Craig, DJ Godfather, Dubfire, Griz, Josh Wink, Kevin Saunderson, Lee Foss, Maceo Plex, Matthew Dear, Marc “MK” Kinchen, Skrillex (as part of Dog Blood with Boys Noize), Stacey Pullen, and The Martinez Brothers. Check back next week for the full list of ABDJ 2015 nominations.

Fans who vote—both in person and online—and follow America’s Best DJ on Facebook and Twitter will have the opportunity to win a slew of valuable prizes from Pioneer DJ, DJ Times, ClubWorld, and more! One lucky voter will be randomly selected to win a trip for two to the America’s Best DJ closing party later this year.

Interested in some after-fest action this weekend? Here are a few choice parties to check out, consisting of both ABDJ 2015 nominees and beyond:

Movement Official Launch Party at the brand new Populux on Friday, May 22, with performances from Stacey Pullen, DBX (Live), and John Acquaviva.

Catch you in the Motor City! 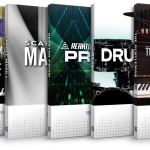 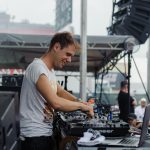