Just in time for the summer festival season, Arty has unleashed his new single “Stronger,” and he’s letting fans be the stars of its new video.

The track—out now via Insomniac Records—is a soaring progressive house bomb featuring the low, soulful vocals of Ray Dalton. Arty’s pleasing melodies and big soundscapes provide the backbone of the crossover track, which seems just as poised for radios as it is for the festival main stage.

For the single’s accompanying video, Arty is giving fans a unique way to be part of the action. The footage of Ray Dalton singing has been broken up into over 5,000 individual frames. Fans with a working webcam simply choose a frame to recreate by simulating Dalton’s moves and gestures, the result of which will be uploaded. At the end of the promotion, fans can check out the final cut of the music video to see themselves in the action.

Purchase “Stronger” here and go to Stronger.ArtyOfficial.com to shoot your photo for the video. 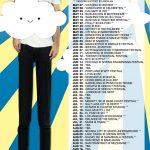 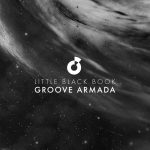