For many, Fritz Kalkbrenner came on the musical radar in 2008 with the emotive “Sky and Sand,” a collab with his brother Paul as a part of the “Calling Berlin” film soundtrack. Since then, the German DJ/producer/vocalist has released four more albums of deep, electronic soundscapes and become quite a live draw in Europe.

Ways Over Water (Suol) is his latest and it includes soulful songwriting, hypnotizing grooves, and a sense of warm hopefulness in the notes. Part of that was accomplished by mixing classic electronic production with live instrumentation. We recently caught up with Kalkbrenner to discuss the album and his artistic processes.

DJ Times: Tell us about your musical roots.
Kalkbrenner: My parents were TV journalists—so that’s quite a different thing—but I grew up in East Berlin in the ’90s and was into East-Coast hip hop. On the other hand, the city is still pretty much a big, hardcore, electronic music [scene], so everything in techno and house music was an influence. I started producing in my teens, so there’s been more time that I’m doing this than I [haven’t] in my life.

DJ Times: Ways Over Water stands out from the slew of “same-old electronic” sounds, in part due to its soul and musicality. Walk us through your approach.
Kalkbrenner: If someone would ask me, “Are you a singer who produces, or a producer who sings?” I’d always say, “I’m a producer who sings.” I focus on the production, and the singing comes later. When I’m working on the album, I have some sort of sketches that will become a song and from a very early point I know, “This one is going to be a vocal track and the other one is not—it’s going to be instrumental.”

DJ Times: And when you step into the studio, what’s your process?
Kalkbrenner: Usually, I’m collecting sketches for a long time—let’s say 12 to 14 months. I’m producing every now and then. When I find a moment, I take all these sketches into the studio where it’s strong, intense work for like two or three months every day for 10 hours.

DJ Times: What’s your favorite studio gear?
Kalkbrenner: I use both analog and digital gear, of course. Nowadays, you have all these all these other things to choose from. But all these plug-ins, they are replaceable in a way, so somewhere there’s a plug-in that does this job the same way.

DJ Times: Anything special for you, gear-wise?
Kalkbrenner: When it comes to real analog, I use a Neumann U47 microphone, which is an old one that Sinatra and other artists used. It’s 40-50 years old and it’s irreplaceable. So it’s actually a rare piece of gear and, in our studio, it is in a wooden box and every time I’m going to record with that particular microphone, it’s going to be put out in this nice wooden box… so it’s actually very, very precious.

DJ Times: Do you work in Ableton, Logic?
Kalkbrenner: I’m sketching all these ideas in Ableton Live. But when I’m going into the studio, all these different tracks in Ableton Live are going to be bound and taken over to Logic—then I’ll work in Logic. So it’s Ableton Live on the road, and studio is Logic.

DJ Times: What do you feel is important about including the live instruments into an otherwise electronic album?
Kalkbrenner: They make my vision a reality. To me, it’s essential in my kind of music. I remember producing [years ago] and I already had that in mind, how that kind of music would sound. But I didn’t have the ability or the people to do that. So at that time, in real life I went through samples and chopping them up and all that.

DJ Times: It makes a difference working with them.
Kalkbrenner: There is that warm sound. This time around we were working with clarinet and saxophone and I was thinking these instrument players [bring] a special texture. So when you want to have really deep, grounded, earthy sounds, it’s quite essential to work with studio musicians—you have to have the right player of the instrument, of course. But if you want to realize some sort of sound, you can get that.
– Deanna Rilling 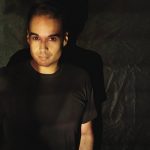 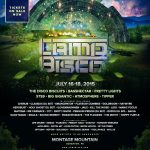