There are elements of Maribou State’s sound that defy the lines of electronic music. It’s an atmosphere, an organic flavor to the ears, a dynamic range that isn’t often achieved.

On a handful of tight EPs and with Portraits, their new LP, Maribou State’s Chris Davids and Liam Ivory make beautiful, groovy, soulful music. Aside from their deep knowledge of Ableton Live, their DAW of choice, how’s it done? “We steer clear of quantization and anything too heavily sequenced,” says Ivory. “And we always seek out sounds, samples and field recordings that sound really natural— not computerized or digital.”

We recently caught up with the British DJ/producers and investigated their process.

DJ Times: How do you build your drums?
Liam Ivory: Our drums are built up from single-shot audio samples, usually taken from drum breaks or recorded Foley sounds. We were lucky enough to acquire a very large collection of drum breaks that someone had spent hours sampling from old soul/funk vinyl. We also record live parts where possible, too, not the whole kit, but cymbals, hi-hats, etc.

DJ Times: Your tracks often sound like there are so many layers—how do you manage these dynamics in the mix?
Chris Davids: We actually try and limit the amount of layers used in our music. When we first started writing music as Maribou State, all too often we would clutter a track with so many different elements, making the music hard to digest.
Ivory: Paying attention to changes in energy, volume and pace when creating music is something that can really breathe life into a track. We heavily rely on taking control of these dynamic parameters to make things sound and feel more natural. As an example, we often ride the volume faders of our drum parts, pushing them up and down, just to make things feel like they have more of a dynamic range that would have been present if, say, played by a real drummer.

DJ Times: Any organic instrumentation involved?
Davids: Yeah, we use a lot of live instrumentation in our productions, mainly guitar, bass and all the synths that you hear. If there’s a certain instrument or sound we’re after that we can’t make live, we usually look to sample it.

DJ Times: Favorite plug-ins?
Ivory: We try and avoid plug-ins where possible. For effects and processing, though, we have the Waves bundle and there’s a lot of cool stuff in there. We use a set of Lexicon reverb plug-ins for some stuff, too, usually for a quick fix when we can’t be bothered to send the part out to our outboard stuff. They sound great, so sometimes it’s just easier to throw on quickly, saves you upsetting the work flow on a new idea.

DJ Times: How do you get that fuzzy wash of atmosphere that’s so typical of your sound?
Davids: Once we’ve recorded, say a guitar part or synth part, we create a channel beneath it, running some form of tape hiss or field recording and, using a gate with a sidechain option, make the other element play at the same time as the part above it. It’s a really good way of making things sound like they’re sampled when, in fact, they were live recordings. It also just makes the part sound a lot warmer.

DJ Times: What type of gear did you use on Portraits?
Ivory: We used our DSI Prophet 08 a lot. We just bought it at the start of writing the LP, so was always really excited to use it. It has a really powerful capability of producing synth sounds that don’t sound synthetic! We have a Fender Jag Blacktop 90 [guitar] in the studio with a Hot Rod III Deluxe amp and a Fender Jaguar Deluxe Bass, with a Markbass rig. We also have a Lexicon MX300 that you can make some pretty crazy effects patches with—again that sound very organic and non-synthetic.

DJ Times: Let’s talk about “Midas.” How does the approach to production change when you’re working with a vocalist like Holly Walker?
Ivory: They actually caused us quite a lot of grief! The vocals felt quite disconnected at first. Of all the tracks on the album, we really struggled to sit the vocals properly in the mix on “Midas.” There was something about either the vocal recording or the backing track that really made it feel like it was just an a cappella laid onto a backing track, which, of course, is true. But that wasn’t how we wanted it to sound. We went through a number of recordings to try and remedy the issue. In the end, we hired a Neumann U87 mic for a few days, and it seemed to do the trick. 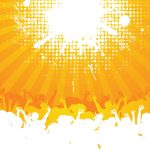 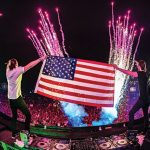